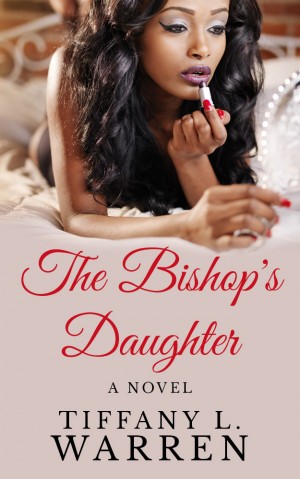 By Tiffany L. Warren
Darrin Bainbridge is a reporter looking to break a story on a megachurch scandal. Falling in love with the Bishop's Daughter isn't in his plans. Or is it? More
Darrin Bainbridge is your typical playboy in need of love, but not yet ready. He is a freelance journalist trying to break his big story. After a visit from his mother, Darrin gets an idea. He has heard all kinds of stories about "Hollywood" ministers who hold their church services on television, live in nice houses, drive nice cars, and have lots of money and women. Darrin is disgusted by it all especially when his mother Priscilla starts shouting praises for Atlanta Bishop Kumal Prentiss. Darrin decides to go to Atlanta, become a member of the bishop's church, and expose him for the hustling fraud that he believes he is. He just never planned on falling in love with the Bishop's daughter.

Darrin suddenly finds himself torn between his new found friend and his possible big break.

Tiffany L. Warren, is an author, playwright, songwriter, mother and wife. Her debut novel What a Sista Should Do, was released in June of 2005 and has ministered to over 50,000 readers. Her second book, Farther than I Meant to Go, Longer than I Meant to Stay was a national bestseller. She has gone on to pen fifteen novels including two young adult series (So For Real and The Fab Life) under pen name Nikki Carter.

In 2006, Tiffany and her husband, Brent, founded Warren Productions and released their first gospel musical. What a Sista Should Do – The Stage Play debuted in Cleveland, OH at the famed Allen Theatre. The play has appeared to sold out audiences in Dallas, TX and starred R&B stars Christopher Williams and Gary “Lil’ G” Jenkins. Their second musical The Replacement Wife debuted in Dallas, TX and starred Gospel and R&B legend Shirley Murdock and Tommy Ford from Martin!

Tiffany is also the visionary behind the Faith and Fiction Retreat, a yearly conference where readers get the opportunity to connect with some of their favorite faith based authors. The retreat’s Pitch Session is a hit with aspiring authors, because they are able to present their book ideas to industry deal makers. The retreat has been in existence since 2007 and has been hosted in Dallas, TX; Atlanta, GA; St Simons Island, GA; Orlando, FL and Ponte Vedra Beach, FL.

Tiffany resides in northern Texas with her husband Brent and their five children. 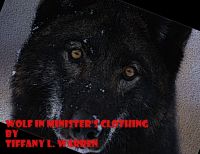 You have subscribed to alerts for Tiffany L. Warren.

You have been added to Tiffany L. Warren's favorite list.

You can also sign-up to receive email notifications whenever Tiffany L. Warren releases a new book.