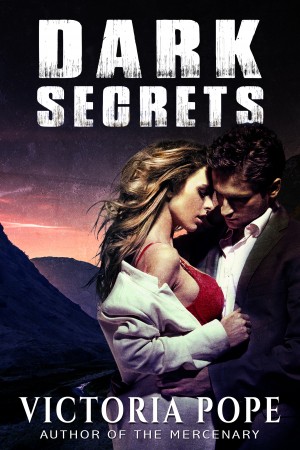 When Ellie Reardon and her friends flew off to Scotland for a last-minute getaway, she didn't expect it would change her life forever. Caught in the clutches of a series of unfortunate events, Ellie must rely on the help of a tall, dark stranger to keep her safe... and to find her kidnapped boyfriend. But as she spends time with her fierce protector, dark secrets about her family reveal themselves More
Eleanor Reardon was a spoiled American brat her whole life. Daughter to a powerful shipping magnate and a former beauty queen, Ellie had it all: the looks, the car, and Jeremy, the hot boyfriend. So when he asked her to go with him to Edinburgh for the summer, she saw her last opportunity for fun before her final semester at university, and she took it. She never expected the decision would change their lives forever…

Troy McQueen was a private man, a man that after so many years of violence, simply wanted to do his part and be left alone. But when a young and beautiful “Ellie” stumbles into his life and asks him to help her rescue her kidnapped boyfriend, he goes against his better judgement and takes the job. It is only when he saves her from abduction that he finds out who she really is, and he realizes their lives are more intertwined than he thought.

Forced into hiding together, their tumultuous relationship starts to take its toll, and Ellie can’t stand that he knows more about her family than she does. Not only does he challenge her to wake up and smell the coffee, but he forces her to see how naïve she is about her relationship with Jeremy, and the guilt of living with him weighs heavily on her heart. It is because of her growing attraction to Troy that Ellie is more determined than ever to save Jeremy, and to get as far away from Scotland and her savior as she can.

Victoria Pope is an up-and-coming romance author. She has worn many hats in her day (including but not limited to: makeup artist, film buff, data entry clerk, hardware store girl) – but she has always loved to entertain people. Whether it be her silly SNL impressions or her multitude of (probably) terrible accents, she loves to make people laugh. But the one thing that everyone knows about her is her dirty mind, and her love of all things romance.

Her first book, The Mercenary (released December 2013) is an escape-to-survive romantic thriller that sets the tone for its full throttle sequel, Dark Secrets which will be released September 30, 2014.

You have subscribed to alerts for Victoria Pope.

You have been added to Victoria Pope's favorite list.

You can also sign-up to receive email notifications whenever Victoria Pope releases a new book.