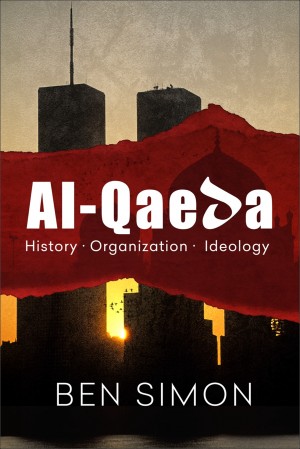 By Ben Simon
This book poses several questions including the following: why has al-Qaeda been established, what are the main milestones in its history, what the ideology that guides its beliefs is, and what the organizational features according to which it operates are. More
The main argument in the book is that Al-Qaeda was established because of the internal political conflict within Islamic countries, and its leaders have understood that in order to be able to fight the Arabic-Muslim local regimes and become a proper alternative to them, it first has to fight the West, especially the United States. Besides the terror attack on the United States, I make my argument about historical events that took place during the organization's tenure, including its formation within Sudan, its fight and defeat within Iraq, and its taking root within Europe, which I see as the main danger to the West. I have conducted an analysis of the ideology guiding the organization, including its historical resources, its attitude toward the West, and the organization's present and future plans. Ultimately, I will analyze al-Qaeda's organizational aspects, including its leadership profile and its activists' profiles, while describing the way they are trained to perform terrorist activities.
Download: epub mobi (Kindle) pdf more Online Reader
rtf lrf pdb txt
Price: Free! USD
Add to Library
Create Widget
Tags: alqaeda alqaeda pakistan and its spy agencies alqaeda terrorists alqaeda terrortists alqaeda in iraq
About Ben Simon

The Author Ben Simon is a former major at the Israeli intelligence corps, where he served for 12 years. Ben Simon has three decades of experience in terrorism issues related to Middle East and Europe. Ben Simon holds MA in Middle Eastern Studies, MA in Conflict Resolution and LLM from Tel Aviv University in Cooperation with the University of California, Berkeley, all of which he graduated with honors. Since 2001, Ben Simon is a lawyer in the public service, including 7 years at the Supreme Court of Israel. Part of his book dealing with ideology won prize of excellence in writing from inbar Fund which operates under the auspices of Israel Intelligence Heritage center. Al-qaeda is his first book.

You have subscribed to alerts for Ben Simon.

You have been added to Ben Simon's favorite list.

You can also sign-up to receive email notifications whenever Ben Simon releases a new book.