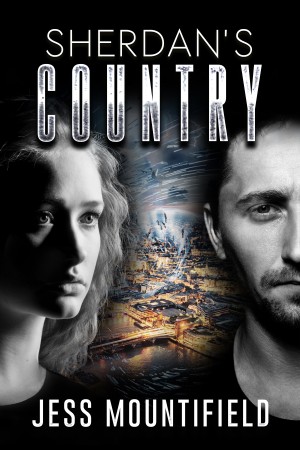 By Jess Mountifield
Book 3 in The Sherdan series follows Sherdan and Anya as they fight to get their country back, but even their normal allies are wary of getting involved in this battle. With Sherdan wanted dead by more than one government, can Anya keep him alive long enough? And even if she does, will the cost be worth it?

Sherdan's Country continues the roller-coaster ride begun in Sherdan's Prophecy. More
With Utopia established but no longer under his control Sherdan finds himself with no where to go. Wanted dead by the British government and the new leader of Utopia, he must find a way to take back what's rightfully his, but even his normal allies are wary of getting involved in this fight.

Can Anya keep him alive while convincing those who hate him to help? And even if they do, will the cost be worth it?

Jess was born in the quaint village of Woodbridge, has spent some of her childhood in the States and now resides in the beautiful Roman city of Bath. She lives with her husband Phil and her very dapsy cat, Pleaides. Jess can often be found either in a cafe, grinning behind a large mug of hot chocolate, at her desk, getting annoyed with her cat for sitting on her keyboard, or on her comfy corner sofa with friends, enjoying her high definition tv and surround sound system.
Jess likes playing massively multiplayer on-line games and has written fan fiction for Entropia. Her choose your own adventure story, written under the penname Marie Woodell, covers a romance about two in game characters. She has recently completed her first novel titled 'With Proud Humility' which has been published in the last 6 months as an ebook.
Jess also runs Flight Productions, a film production company, with a fellow writer. Jess' role is managing script writing and is involved with a science fiction twitter project, a television fantasy drama and a feature film. She also has a clothing company where she produces her own original designs in a gothic style. 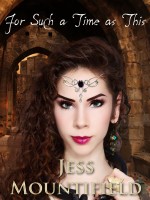 You have subscribed to alerts for Jess Mountifield.

You have been added to Jess Mountifield's favorite list.

You can also sign-up to receive email notifications whenever Jess Mountifield releases a new book.