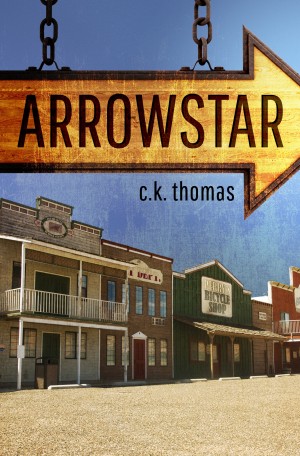 C.K. Thomas lives in Phoenix, Arizona with her husband, Frank, and Chihuahuas, Cleo and Peanut. She earned her first dollar writing a poem for a teen magazine when she was 14 years old. As an adult she continued to write freelance book reviews and articles for various publications, including Rider motorcycle magazine and The Arizona Republic’s weekly Arizona Magazine.

Arrowstar is her second novel and marks the first in a series of novels set in Mineral City, a fictional town situated in the southeast corner of Arizona. Cheryl and her husband own ranch-land near Willcox, Arizona and roaming that area often serves as inspiration for her writing.

While not claiming to be a cowgirl herself, she continues to admire the independent spirits of women who ride horseback and hold their own on ranches all over the state of Arizona. She intends for her stories about adventurous women not only to entertain, but also to inspire each woman who reads the books of the Arrowstar series to … Take a chance, amaze yourself!

You have subscribed to alerts for C. K. Thomas.

You have been added to C. K. Thomas's favorite list.

You can also sign-up to receive email notifications whenever C. K. Thomas releases a new book.