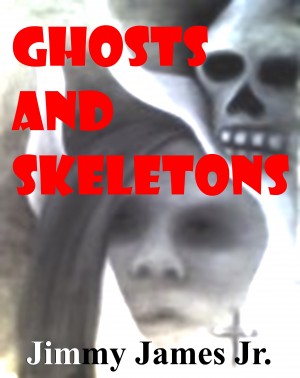 Jimmy's father was from the USA and his mother was from across the border in Canada. The stories are primarily true, but some persons and events have been fictionalized where necessary.

Jimmy James Jr. was born on August 27, 1952 in Creston, BC (British Columbia), Canada. He is the oldest of three brothers born to James Sr. (deceased), and his wife Marlene. Their other two children were Donny (deceased) and Mikey. After his father was killed in 1957, Jimmy Jr's. mother remarried Jerry Lee from Washington State, and they had four more children; Kelly, Connie, Patricia and Mark.
Although Jimmy Jr. had always wanted to write during his younger years, the necessities of life always seemed to get into the way. Between managing a career and playing bass guitar in various bands, there just never seemed to be the time to write. He was married twice, and after the two divorces, he spent much of his time working and raising his three children. His oldest son Paul’s mother was Nancy, and was Jim’s hometown sweetheart. His second son Jesse’s mother, Janice, was a singer who Jim met in Courtenay, BC when he was the bass player in a local country band.
It was not until 2011, after almost 33 years working in Government, that he retired and was finally able to find adequate time to begin his new career - writing. His daughter Harmonie graduated from high school the same month that he retired, and left to begin her new life at University.
This first book and the following volumes are biographical stories about a young boy growing up in Bonners Ferry, a small town in Northern Idaho. They begin with his first memories of his family and friends, and continue through his high school years when the family moved north across the border to Creston, BC.
He would like to thank his mother, Marlene, for assisting with the primary editing and his dear friend Linka for doing the intensive editing. Also Kasey for her fantastic book cover artwork.
Jimmy is currently living the winter months in Mexico and nearby warmer climates; and the summer months on his boat in British Columbia. 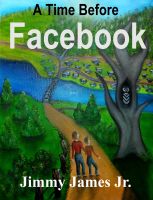 You have subscribed to alerts for Jimmy James Jr..

You have been added to Jimmy James Jr.'s favorite list.

You can also sign-up to receive email notifications whenever Jimmy James Jr. releases a new book.