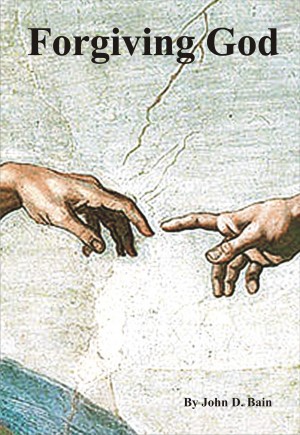 By John D. Bain
How can we find our way back from the “far country” of prodigal anger against our heavenly Father? How can we get over our anger and offense, our hurt and pain, our bitterness and resentment against a perfect God who never makes mistakes? More
I began my life as a Baptist preacher with informal (and nervous) “talks” and “testimonies.” Opportunities opened for me to formally address classes, small groups and then congregations. Retreats, revivals, and what we ministers call supply (filling in for someone who is taking a hiatus).

But I never really got down to the nitty-gritty of real life ministry until I became a pastor. Suddenly the talk had to become walk, preach had to become practice, the water had to hit the wheel, and the rubber meet the road.

And believe me, sometimes it can really get real.

For many of the religious and pious, the mixing of faith and daily life is not a concern or a desire. But for the true born again believer his faith is not a ritual, a spiritual exercise, or merely an ethical path. It is an actual joining with a Living Person. That Person invades our lives and we become an existential part of Him, and He a part of us. He (and our faith concerning Him) relates to every part of our life, and every event in our life must be interpreted and perceived in light of whom He is.

That means that HE, and everything that we believe about Him must be relevant not only to the good or desirable parts of our life but also the parts that we would chose to omit. That also means that our Theology and our “live-ology” are sometimes going to be in conflict. Sometimes the God that we believe to be Holy, Righteous, Perfect, and Just is going to do, cause, permit, or allow something that will send our faith spiraling down, nose first.

It is not reality or truth that I’m talking about but our perception of truth; what we feel, what we sense in our limited, finite minds and hearts. How it looks through purely human eyes.

That ultimately means (for many) that there are going to be times in the genuine believer’s life when he or she feels that he has been wronged by God. That God has not only failed him but betrayed him. He will feel offended, angry, wounded, and often become bitter, even to the point of losing his faith or confidence in God.

In my ministry I have had occasion to meet men and women who profess to having formerly had a significant and meaningful religious and spiritual life but who now are spiritually neutral or are numb toward God. Some, however, have slipped to the point of living in constant antipathy against God.

How can we find our way back from the “far country” of prodigal anger against our heavenly Father? How can we get over our anger and offense, our hurt and pain, our bitterness and resentment against a perfect God who never makes mistakes?
I believe that every Christian whose faith is intermingled with his daily life and walk sooner or later collides with this dilemma. How is it that some who face this trial survive with their faith intact and some do not?

I believe that the survivors – whether realizing it consciously or not – have learned to forgive God.

Dr. John D. Bain is a resident of Hartselle, Alabama. The son of John W. and Elizabeth Bain and the husband of Terri Evans Bain. He has two children and two grandchildren.

He was ordained into the pastoral ministry in 1977 and has served as a Southern Baptist Pastor for thirty-seven years in seven SBC churches.

He was graduated (National Honor Society) from the Morgan County High School in Hartselle, Alabama in 1974 (now Hartselle High School), from Belmont College in Nashville, Tennessee in 1979 (now Belmont University – Bachelor’s Degree ), from Mid-America Baptist Theological Seminary in Memphis, Tennessee in 1982 (Master’s of Divinity), and from the New Orleans Baptist Theological Seminary in New Orleans, Louisiana in 2012 (Doctor of Ministry).

In 2006 he left the full time pastorate to serve in associational missions and as a bivocational pastor in smaller SBC churches.

In 1990 he was introduced to the world of the Personal Computer – he incorporated the PC into his ministry and pastoral work and eventually gained expertise in their use, maintenance, and repair. Thus electronic books!

You have subscribed to alerts for John D. Bain.

You have been added to John D. Bain's favorite list.

You can also sign-up to receive email notifications whenever John D. Bain releases a new book.