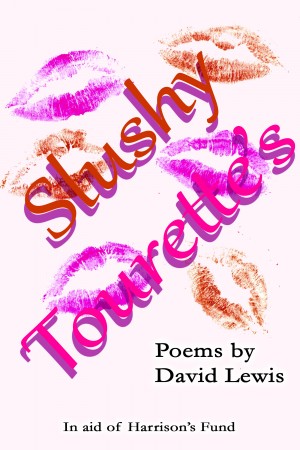 David Lewis was born in Germany in 1967 and moved to the UK when he was 2.
Raised in Dundee and educated in Edinburgh, brought up in a violent background of abuse that only ended when his father was sentenced to life imprisonment. David decided to be everything his father wasn’t and devoted the majority of his career to Child Protection and making life better for children in care rather than chasing his boyhood dream of becoming a journalist. When David discovered that he had a terminal illness, he changed his career path and decided to work with his other passion, food as a private caterer and then as a chocolatier.
Through his friendship with the author Gaynor Madoc Leonard, he was offered the opportunity of publishing a selection of his poetry with any profits going to Harrison’s Fund, a charity for children with Duchenne Disease.

David has written beautiful words written straight from the heart. We all want the kind of love he writes about. This e book is stored on my phone and laptop for easy reading at any time. The poems will be read again and again and the fact that the proceeds from the sale of each one is going towards Harrison's Fund, shows the generosity of this lovely man.

Read in one go as I couldn't put it down, each poem leads naturally to the next and reveals the most intimate thoughts of a man in love. This is so very beautiful and I would highly recommend. I know I will read this many times and enjoy how he embraces all that love has to offer.

You have subscribed to alerts for David Lewis.

You have been added to David Lewis's favorite list.

You can also sign-up to receive email notifications whenever David Lewis releases a new book.