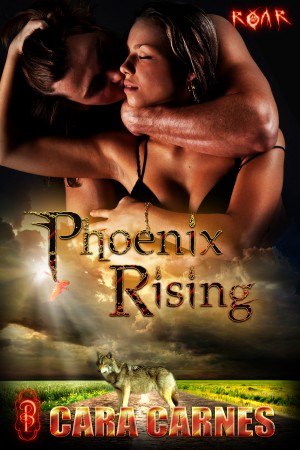 By Cara Carnes
Riletta knew hardship. Dropped off at a university and shunned as an abomination, she’s determined to carve out a new path—even if she has to do so alone.

Macen would do anything to make Riles his—fight his pack, wage war with the university, and fight a hellhound determined to crush her. The biggest battle will be the one for her heart, especially when her true identity is revealed. More
Sometimes you have to crumble to ashes before you can fly.

Riletta knew hardship. As a shifter who couldn’t shift, she was raised in a wolf pack that ostracized her. She was ready to tackle the world when she was dropped off at the university with no identity, very little cash, and the only thing she wanted—freedom. The last thing she expected was for the university’s resident Alpha wolf to stake a claim.

Macen Giordano hadn’t expected the little female to bring out his protective wolf, but he’s not about to let university politics harm the innocent shifter. Riles may not be wolf, but she is his.

When prejudices threaten them both and shed light on her true nature, the two must survive the impossible to earn their destiny.

You have subscribed to alerts for Cara Carnes.

You have been added to Cara Carnes's favorite list.

You can also sign-up to receive email notifications whenever Cara Carnes releases a new book.