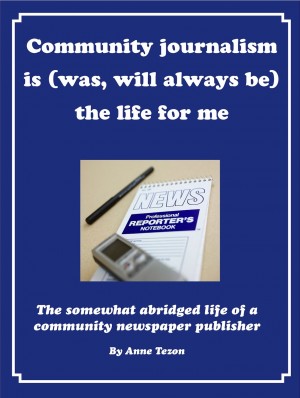 Community Journalism Is (Was, Will Always Be) the Life for Me

Anne Tezon got bit by the writing bug in fifth grade when a "What I did last summer" assignment got rave reviews from her classmates. After earning a Bachelor of Journalism degree from the University of Missouri, and following a 3-1/2 year stint with the Peace Corps in Brazil, she began working for a small town weekly newspaper. She later purchased the newspaper and served as publisher, editor, photographer and even the janitor for more than 25 years, retiring in 2013. She was also a part-time journalism instructor and picked up a master's degree from the University of Memphis during her newspaper career.
While serving as publisher of The Caldwell County News, Anne and her husband, Marshall, were able to publish several books, beginning with her mother's memoir, published after her death in 2003. Anne has taken on her mother's cause of encouraging others to tell the stories of their personal journeys for the benefit of their descendants.
Anne lives in Kansas City with her husband, two dogs and a cat. She can be reached at WritingTalent49@gmail.com 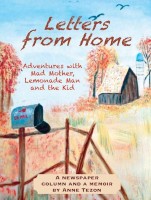 You have subscribed to alerts for Anne Tezon.

You have been added to Anne Tezon's favorite list.

You can also sign-up to receive email notifications whenever Anne Tezon releases a new book.