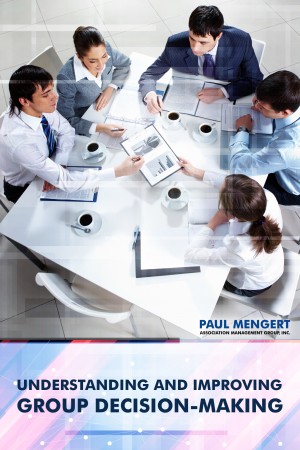 Mr. Mengert founded the organization now known as Association Management Group in 1984. Raised in Greensboro, NC, he majored in Political Science and Communications at the University of North Carolina, Greensboro ('84). He graduated from Harvard University's Harvard Business School (OPM '05) in Cambridge/Boston, Massachusetts. In October 1990, Paul earned the Professional Community Association Manager (PCAM) designation. Mengert has served on the national senior faculty of the Community Associations Institute (CAI) since 1990 and was President of the Carolina's Chapter of the organization in 1995. Mengert teaches classes approved for continuing education by the North Carolina Board of Realtors, South Carolina Department of Real Estate, the California Department of Real Estate, the Florida Bureau of Condominiums, the Nevada Department of Real Estate and the Georgia Department of Real Estate. He received a congressional appointment to the Reagan White House Small Business Council and in the second administration of President Bill Clinton, Mengert was tapped as a (State Department's) USAID housing sector advisor for the countries of Kazakhstan and Kyrgastan, where he helped develop strategies which led to the privatizing of government housing and formation of thousands of new homeowner associations. The new associations gave residents control of their own communities. He has authored or helped to author several association books and numerous articles, which are taught in several languages and as training courses.

Prior to founding the AMG organization in 1984, Paul worked for the Governor of North Carolina (James B. Hunt). Paul served on the US Board of Directors for the Givat Haviva Educational Foundation, which won the United Nations Peace Prize for Peace education in 2001. He is also a former director of the Greensboro Housing Coalition and the NC National Federation of Independent Business. Mengert is a commercial pilot who regularly works with several charities including Angel Flight and Haiti relief missions. He and his wife of nearly 30 years have two adult sons.

You have subscribed to alerts for Paul Mengert - Association Management Group.

Would you like to favorite Paul Mengert - Association Management Group?

You have been added to Paul Mengert - Association Management Group's favorite list.