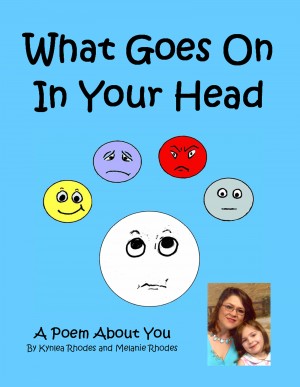 What Goes On In Your Head, A Poem About YOU

By DannaGrace Global Publishing
We thank you for reading this book and sharing it with those little ones around you.
It is our hope that this little poem will be the beginning of your or your child’s journey through the exciting learning journey as they find themselves.
Download: epub mobi (Kindle) pdf more Online Reader
rtf lrf pdb txt
Price: Free! USD
Add to Library
Create Widget
Tags: children poem free childrens books free books child author learning books free childrens book free kids book childs poem
About DannaGrace Global Publishing

Bio of CEO Danna G. Hallmark
I'm a developer at heart, capable of thinking way out of the box and gathering data and ideas to cause an idea to become a reality and able to keep that reality legal in the arena that it finds itself.

Books:
TEAMWORK: The Five Assurances (print)
LISTEN! You’re Trying to Tell YOU Something, The Board Meeting In Your Head (print)
Transactional Analysis, The Four Ego-States Model, (Kindle)
Your Personal Guide to FINDING YOURSELF When You Didn't Know You Were Missing (print and all digital formats)
Eric Berne and His Big Idea! (All digital formats)
How Do I Feel Happy? How Do I Feel Sad? (ebook)

You have subscribed to alerts for DannaGrace Global Publishing.

You have been added to DannaGrace Global Publishing's favorite list.

You can also sign-up to receive email notifications whenever DannaGrace Global Publishing releases a new book.