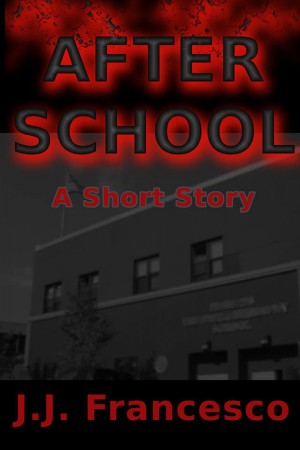 School was supposed to be a safe haven, a place to build character in preparation for the real world. But when Dayana Forbes finds her introverted classmate Caleb in the aftermath of a brutal attack by another student, that illusion is left shattered in smears of blood. In the wake of such a brutal assault, Dayana will see that the character school builds isn’t always the stuff of academic integrity.
Download: epub mobi (Kindle) pdf more Online Reader
rtf pdb txt
Price: Free! USD
Add to Library
Create Widget
Tags: school rape bullying highschool jjfrancesco
About J.J. Francesco

For J.J. Francesco, the seeds of writing were planted with entering Reading Rainbow story contests as a young child. In the coming years, his writing often took unique forms – from making up his own Pokemon to imagining soap opera storylines in his head based off of anime characters. As a teenager, the writing moved to the page, starting with fanfiction, then serialized character dramas, and ultimately resulting in his first novels and short stories. “Mirror, Mirror,” was his first publication in the award-winning college literary magazine Limited Editions, with “Untitled Short Film” following in the next annual issue. Literary magazine Transient, published a third short story, “After School.” In 2014, J.J. published his debut novel, “Blood Chain,” through Rivershore Books. He also serves on the staff of the hit website, NewReleaseTuesday. J.J. lives in Philadelphia with his family.

A nice little short story. And we get to read it twice. First the original, second a newer (and better) version.

You have subscribed to alerts for J.J. Francesco.

You have been added to J.J. Francesco's favorite list.

You can also sign-up to receive email notifications whenever J.J. Francesco releases a new book.