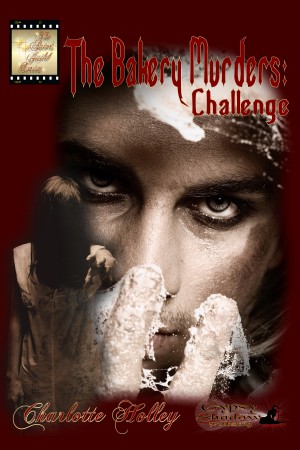 By Charlotte Holley
Rated 5.00/5 based on 1 review
Liz Carr and Kim Henson got more than they bargained for when they agreed to move into McCann's Manor and rid the place of unfriendly spirits. Nothing they had experienced in their ghostbusting careers could have prepared them for what lay ahead. Now death stalks them on all sides as they attempt to unravel the enigmatic questions surrounding Benjamin McCann and the beautiful house he built...
Available ebook formats: epub mobi pdf rtf lrf pdb txt html
First 30% Sample: epub mobi (Kindle) lrf more Online Reader
pdb
Price: $3.99 USD
Buy Add to Library Give as a Gift
How gifting works
Create Widget
Tags: paranormal romance paranormal magic challenge time travel curse charlotte gypsy murders gypsy shadow charlotte holley bakery bakery murders
About Charlotte Holley

Charlotte Holley has an inborn love of all mysteries and the supernatural, and has been reading and writing about the paranormal for more than forty years. A mass communications major, she has written and published newsletters, magazine and newspaper articles, as well as poems and short stories since receiving her bachelor’s degree in 1980. As a beaded jewelry designer, she has also self-published thirty pattern collections on CD and in ebook form and has produced over 400 individual original patterns.

Having spent several years as a professional psychic, she has had extensive experience with the spirit world and has observed supernatural dramas that defy all rational explanation. Charlotte uses her expertise and story-telling ability to weave powerful tales of mystery and horror, of love and deceit and of the overpowering desire of the human nature to make things right.

Reviews of The Bakery Murders: Challenge by Charlotte Holley

A new adventure for Liz and Kim! After I finished reading the first book in this series – McCann’s Manor: Portal – I was not sure if I wanted to read this book at first, because the end of the first book had such a satisfying feel to it that I didn’t think anything could possibly be better than that. I was wrong! This sequel was even better than the first! I am glad I got over my hesitation to read it (it’s a problem I had with other series, but I am trying to get over that!).

Reading this book was like reading two novels thrown together, but it was fun and exciting that way. Liz and Kim are not the only ones who got to live through a story in this book; John, Mark and, yes, even Benjamin go on their own adventure as well. I did not have any trouble switching between the two stories.

I was very impressed with how well the author had put together the “other world” that is in the story. It has a history, politics, religion, etc. It was described very well and I was also impressed by all the various inhabitants in that world. It all just fit together so perfectly. Well done!

As to the murder mystery that Liz and Kim are trying to solve, it had me on the edge of my seat. I kept trying to figure out who the killer was! And whoever the killer was turned out to be very smart, a little psychic themselves and always one step ahead of them.

Liz and Kim are such endearing characters. They really handled stressful, scary and life-threatening situations so well. I was impressed on how well Liz was able to keep her cool when facing the killer, and could only feel for her at one point where she finally breaks down. I loved how she used her psychic abilities as a weapon against the killer! That was so awesome. What happened at the end of THAT scene was a shock and I could relate to the sense of numbness the characters felt.

Am I glad I read this sequel? Absolutely! Am I tempted to read the third installment in this series! You bet! Some antagonist still lingers. Some threat to Liz and Kim is still after them. I have to know who or what it is! Liz and Kim are bound to find out and I want to be there for their next adventure as they journey onward along with their new companions at their sides!

You have subscribed to alerts for Charlotte Holley.

You have been added to Charlotte Holley's favorite list.

You can also sign-up to receive email notifications whenever Charlotte Holley releases a new book.