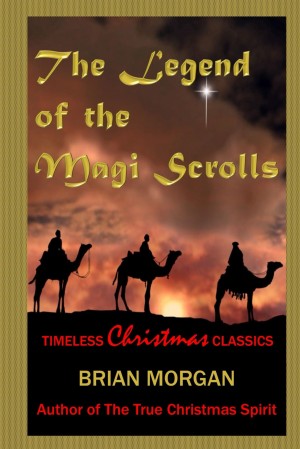 The Legend of the Magi Scrolls: Timeless Christmas Classics

This delightful Christmas book by Brian Morgan reveals the beautiful, untold story of the reunion of the Magi, and includes stories by the beloved story-tellers, Henry Van Dyke and O. Henry. The gifts of the Magi and their final words are shown in a stunning new light.
We all know the story of the gifts of the Magi, offered when the Christ Child was born, but this book, which contains timeless Christmas classics, will change your mind forever about the art of giving and the spirit of Christmas.
This beautiful story is revealed in a series of scrolls found by chance in the Church of the Nativity in Bethlehem, said to have been built over the very place of that birth.
The scrolls make fascinating reading from an award-winning writer. The Legend of the Magi Scrolls is packed with beautiful Christmas stories, and beautiful Christmas thoughts. Here’s what you’ll find inside:
• The Legend of the Magi Scrolls by Brian Morgan: Learn why the Magi gave their gifts and hear their final message.
• The Pope and the Magi: The thoughts of Pope Francis on the Magi and their gifts and what it all means for us.
• The Story of the Other Wise Man by Henry Van Dyke: A beautiful Christmas classic that’s bound to delight.
• Wise Owl and the Very First Christmas by Brian Morgan: An enchanting story to be read to children to teach about giving.
• The Gift of the Magi by O. Henry: One of the most famous Christmas stories by a master story-teller.
• What I Saw: A Shepherd’s Story by Brian Morgan: A first-hand account of what happened at Bethlehem more than 2000 years ago.
• The True Art of Giving by Brian Morgan: A story that tells of the many Magi still giving in today’s world.
• A Letter to God at Christmas by Brian Morgan: The heart-felt words of a sensitive writer about those who are usually forgotten at Christmas.
• A Christmas Prayer (from those without a voice) by Brian Morgan: An invitation for you to join a “heavenly campaign” to help those who cannot be heard.
Brian Morgan’s Christmas books are written with the season of giving in mind and do make wonderful gifts each year. They are gratefully received and read and reread year after year.
What Others Say About Brian Morgan:
Rev. T. Allingham, Sydney: You opened my eyes and those of my congregation when I read your story to them. We were quite moved. Please allow me to use it in our church every year.
Archimede Fusillo, author and literary judge: A very accomplished piece of writing... Polished in style and execution. Seamless, captivating.
The late Jane Jordan Browne, literary agent, Chicago, in a phone call to Sydney: Brian. It’s 1.30am here and I’m sitting up in bed, reading. I couldn’t put it down. You have a true gift with words.
Jane Jordan Browne: Twenty members of my family took turns reading your book at Christmas Eve. Everyone was impressed and moved.
Terri Gibbs, editor, Thomas Nelson: A beautiful, unique book with a wonderful message. People keep falling in love with it.
Evelyn Purdy, presenter, Radio WLJN: You have written surely one of the finest little gems in literature.
Shiloh Gideon, presenter, BGEA: Your story is so meaningful, so inspired. We are being swamped with calls.
Michelle Orr, editor, Thomas Nelson: We’re getting letters from folks using your book at Christmas parties, school programs and churches. They say such wonderful things.
Scott Mendel, literary agent: ... a little masterpiece.
Available ebook formats: epub mobi pdf rtf lrf pdb html
First 20% Sample: epub mobi (Kindle) lrf more Online Reader
pdb
Price: $3.99 USD
Buy Add to Library Give as a Gift
How gifting works
Create Widget
Tags: christmas gifts magi christmas classics christmas spirit christmas legends christmas books christmas inspirational stories christmas holidays christmas gifts ideas gifts of the magi
About Brian Morgan

Brian Morgan is a former business leader, and a national award-winning journalist, editor, publisher and author. He lives with his wife, Judy, and grandson, Thomas, on the Central Coast of New South Wales, Australia, after living most of their lifetime in Sydney.

He has always declared his family to be his first and foremost interest, and has two children (with partners) and five grandchildren.

Brian received a private school education through high school before a range of tertiary studies. He has served as a teacher at TAFE colleges, teaching writing, publishing and related subjects. He has also been a small business seminar leader, and conducted workshops for and lectured to groups like the Fellowship of Australian Writers.

Brian was the founder of a number of businesses and institutions set up for charitable, educational and business purposes. He has had several successful careers, and has now embarked on another, as co-founder and Director of the PiPS Institute (Professional Independent Publishing Standards), established in 2015.

His first career was in business, where he chalked up a number of major achievements in national and multi-national companies. For example, he worked government ministers and industry leaders to initiate reform and restructure of the credit union movement in Australia, and helped a major multi-national business restructure its operations and take over a company that was bigger than itself.

As an employee or as a consultant, he has experience in many industries, including insurance, finance and banking, manufacturing, distribution, computer industry, printing, publishing, pastoral interests, advertising and marketing, service industries and the retail sector. He has considerable experience and expertise in event organisation and management.

His particular interest, however, has been small business and he set up a number of ventures over the years for himself and others. He founded businesses in many areas, including printing, publishing, event organization, marketing and consulting.

He also founded the Australian Institute for the Self-Employed to educate and train the self-employed and small business people through his writings. He wrote a Small Business Course that was studied by many business people around Australia.

However, writing was his first love and he gave up that successful career in business to learn the writing craft through journalism. His rise was rapid. He worked as journalist, sub-editor, editor, editor-in-chief, managing editor and general manager on a range of mastheads in the Fairfax and Courier newspaper groups, winning numerous state and national awards in the process.

He also worked as CEO and publisher on one regional and five national magazines and has served as contributing editor on an Australian literary journal. Three of his five magazines were national business magazines in Australia.

His writing has been highly acclaimed and translated for Vietnamese, Chinese and Japanese audiences. He wrote a paper for the Australian Press Council Prize based on his experiences in journalism.

A literary agent in Chicago, Jane Jordan Browne, managed to present only one of Brian’s projects, The Legend of the Christmas Prayer, to publishers before her sad and untimely death. The Legend became a sell-out best-seller in America and Great Britain and was translated into Japanese, where it was also successful.

Despite this success, Brian has turned away from traditional publishing in favour of independent publishing and now has a range of books available on Smashwords and in other online stores.

Brian Morgan has also served his local community and business in a range of capacities, and past affiliations include: Associate of Australian Society of Accountants; Member of Institute of Affiliate Accountants; Member Accountants’ Professional Information Panel; Member Australian Institute of Management; Founder Australian Institute for the Self-Employed; Member Media and Entertainment and Arts Alliance and House Committee Chairman; Patron and life member of community organizations. 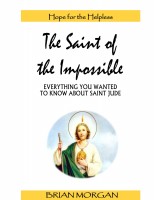 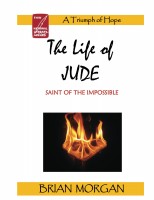 Reviews of The Legend of the Magi Scrolls: Timeless Christmas Classics by Brian Morgan

You have subscribed to alerts for Brian Morgan.

You have been added to Brian Morgan's favorite list.

You can also sign-up to receive email notifications whenever Brian Morgan releases a new book.