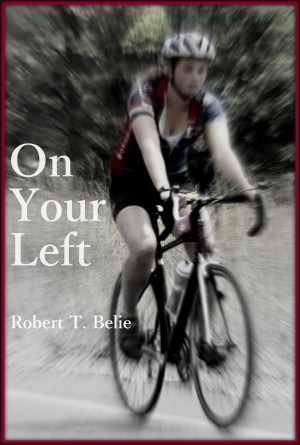 By Robert T. Belie
Rated 2.50/5 based on 2 reviews
Some public servants provide shelter for the homeless, others food for the hungry. Me, I run over cyclists with my car. If not me, then who? Over three dozen to date, and the number keeps growing. I don’t want fame or money for my deeds, but a plate of nachos every now and then would be nice.
Download: epub mobi (Kindle) pdf more Online Reader
rtf lrf pdb txt
Price: Free! USD
Add to Library
Create Widget
Tags: serial killer bicycle cycling road rage cycling accident bicycle accident public serice
About Robert T. Belie

Robert T. Belie has lived all over the world including stints in Europe, Asia, and the Middle East. As a former US Army officer, he has seen, experienced, and interacted with people and cultures from all across the globe. His travels have taken him to nearly 30 countries and just as many states. He holds degrees in History and International Relations from UCLA and Oklahoma University respectively. He has published several works of both fiction and non-fiction, and has had nearly 60 of his travel photos featured on Travellerspoint.com.

A right wing extremist expresses his hatred for healthy people who exercise and thinks it's funny to talk about murdering American citizens.

A very interesting story. The anger he had for cyclists was something a lot of people feel. Especially when they do stupid things, flip you off or take up the whole road when there's a long line of cars behind them and they won't move to the side to let the cars pass.Although you can't run them over, this story showed his frustration.

You have subscribed to alerts for Robert T. Belie.

You have been added to Robert T. Belie's favorite list.

You can also sign-up to receive email notifications whenever Robert T. Belie releases a new book.