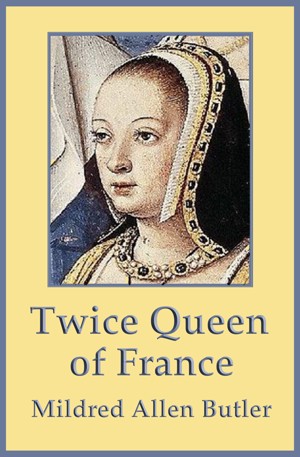 Illustrated with 16-century portraits (some of which have been added since the original publication of the ebook edition).

“On her father’s death in 1488, Anne of Brittany, at twelve, became ruler of a fiercely independent land beset by hostile neighbors. Through sieges, wars, political upheaval, and personal tragedy, the beloved little duchess, only woman to marry two French kings, triumphed. Vivid description of a glorious era.”—Junior Literary Guild

“The life of Anne of Brittany is traced in detail against a vivid background of court life during the Renaissance. . . . Useful to schools for its portrayal of the times, this has enough romance to appeal to girls.”—ALA Booklist

Mildred Butler Engdahl, who published under her maiden name Mildred Allen Butler, was the mother of writer Sylvia Engdahl. She had a B.A. from Wellesley College and an M.A. in Drama from the University of Oregon, and had worked both as a high school English teacher and as a director of community theaters. Late in her life she wrote several historical books for teens as well as articles for scholarly magazines. She died in 1987 at the age of ninety.

You have subscribed to alerts for Mildred Allen Butler.

You have been added to Mildred Allen Butler's favorite list.

You can also sign-up to receive email notifications whenever Mildred Allen Butler releases a new book.