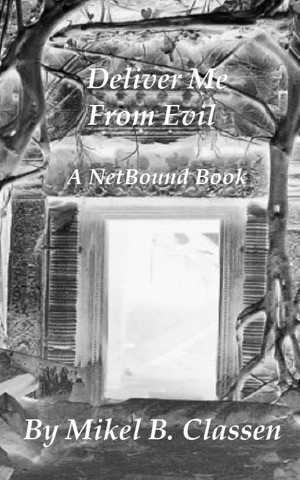 Deliver Me From Evil

By Mikel Classen
A Man's day off in his sailboat takes a turn for the worse, castaway on a dark island, he encounters a woman, the seeming sole resident, leads him to a waiting doorway where terror waits for its next victim. More
On a day off, a man decides to go sailing and is caught in a mysterious overpowering current. He is shipwrecked and finds himself on a barren black granite island. It seems deserted and he is trapped when he sees HER. A beautiful wraith that lures him to a remote part of the island. Thinking he will find help, he pursues her, only to be confronted by the terrible secret of the island, a horror that lies waiting.

This is another masterfully constructed story by Mikel B. Classen that will leave you riveted to the end. With tones of H.P. Lovecraft, this story will be a welcome addition to any horror library.

I’m an Author, Journalist, Columnist, Photographer, Editor and Publisher and have been writing for most of my life. For several years I published a magazine about Michigan’s Upper Peninsula. I live in Sault Sainte Marie, Michigan. (Take a look at my website: htttp://www.mikelclassen.com ) I've been a journalist and magazine writer for 30 years. Now, while I'm a journalist at heart and still produce work, I'm focusing more on writing fiction. I'm also working very hard on new fiction projects and my writing is always ongoing and full time. Two of my stories, "Senn's Vampire" and "Ulith Elder" were published in the "Vicious Bites" vampire story anthology. Two others, "House of Seances" and "The Late Hero" appear in the "Vicious Spirits" anthology. My short story "M'Ganga's Curse." was published in the "Vicious Dead" zombie story anthology and is going to appear in Panic Press' anthology "DEADication." I won First Place in the 2010 ViNoWriMo (similar to the NaNoWriMo only more intense) competition with my entry "Children of Destruction." (Diligently working on rewrites) As a result it will be published later this year.

I have founded a publishing concern called Netbound Publishing, originally to self-publish, but now it is becoming quite a bit more than that. It can be found at http://netboundpublishing.com.

You have subscribed to alerts for Mikel Classen.

You have been added to Mikel Classen's favorite list.

You can also sign-up to receive email notifications whenever Mikel Classen releases a new book.