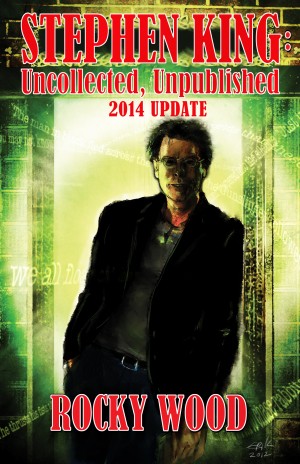 Rocky Wood's unabashed sense of detail and research on Stephen King and his work has brought many readers new insight into this author's rare work. He is also the current President of the Horror Writers Association, and is constantly working towards the betterment of writers within the horror genre. His previous publications also include Stephen King: A Literary Companion, Horrors! Great Stories of Fear and Their Creators by Rocky Wood (and illustrated by Glenn Chadbourne), and Stephen King: The Non-Fiction by Rocky Wood and Justin Brooks. The 2012 edition of STEPHEN KING: UNCOLLECTED, UNPUBLISHED features many new contributions on Stephen King's work never before seen. He is also the author of two graphic novels, including Witch Hunts! A Graphic History of the Burning Times, which won the 2012 Bram Stoker Award for Superior Achievement in a Graphic Novel.

You have subscribed to alerts for Rocky Wood.

You have been added to Rocky Wood's favorite list.

You can also sign-up to receive email notifications whenever Rocky Wood releases a new book.