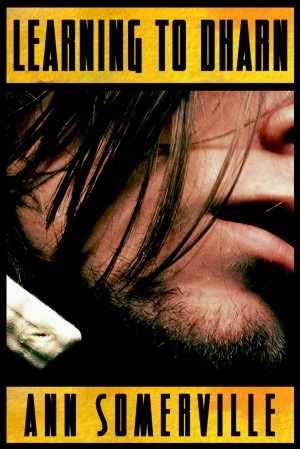 Rated 4.50/5 based on 2 reviews
A remote hospital post seems perfect for Rhede Kelten, new physician. He accepts a lift from kind strangers, but the trip turns to horror when his friends are brutally murdered, and his life is saved by Dharn, a deaf hunter. The responsibility isn’t exactly welcome to Dharn, but if he can keep Kelten out of trouble, they might have a chance of being together. More
Rhede Kelten, newly qualified physician, journeys across the oceans to Inades, seeking employment and a life away from an unloving family. An offer of a remote hospital post seems perfect, and he accepts a lift to his new posting from kind strangers. But an idyllic trip turns to horror when they’re attacked, his friends brutally murdered, and his own life is saved by a mysterious, mute stranger. Now his fate is in this stranger’s hands as they travel across a snowy wilderness. With his destination unknown, and his companion unwilling to share the smallest detail or comfort, Kelten wonders if he’ll ever be able to resume a normal life.

Dharn is a hunter, deaf from birth, who’s been raised in a community where deafness is no disability. His life follows an orderly rhythm from season to season, trapping with the help of his loyal dog, but when he rescues a feckless, rather arrogant young man from marauders, his peaceful existence is turned upside down. The responsibility isn’t exactly welcome, but there’s something about Kelten that attracts him. If Dharn can just keep him out of the clutches of the law and the marauders’ friends, these two people from very different backgrounds might have a chance of being together.

I loved the logical pace of the plot and character reactions; a story where everything falls into place too easily is never a fun read. The only reason I'm giving this 4 stars instead of 5 is because I tend to enjoy stories with a bit more drama, however I'm sure this would be a perfect fit for most readers.

(reviewed the day of purchase)
Duane Colwell reviewed on Jan. 6, 2012

I’m not one to nitpick, however I’m going to nitpick. First of all this is a fantasy world so the reader knows nothing, and Kelten is from another country so he doesn’t know much more than we do. Dharn and Sirel are ‘in the know’ and they both think Kelten will hang for murder even though he is innocent. So, I did not give equal weight to Kelten’s opinion that he could just go back and face the music, and therefore I continued to wonder why he remained so angry. After all, Dharn saved his life. I just thought he was being stupid to want to go back and hang. Yes I know that the background showed that the people of Sed didn’t trust the police so there might have been reason to distrust their judgment. Anyway, I thought the ending had a rather simplistic conclusion. They told the truth and Kelton was free and clear; in fact he didn’t even have to appear.
I also felt the event with the intruder was not well explained. All we were left with was guess work! How did we know he was the only friend seeking vengeance? Somehow the story should have explained that he was an only brother or something, and that they had positive knowledge that no one else would be coming.
Maybe I’m being too judgmental here, but if I’m going to write a review I have to say something.
I enjoyed this book very much and recommend it highly. I always appreciate Ann’s writing because she doesn’t overdo the sex scenes.