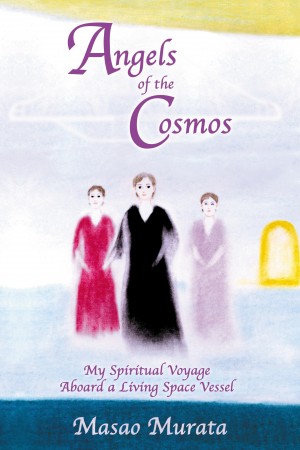 Angels of the Cosmos: My Spiritual Voyage Aboard a Living Space Vessel

By Masao Murata
A compelling narrative about the author's spiritual voyage aboard a UFO, guided by cosmic angels from advanced planets. More
"This work is simply laden with information that is entirely beyond the imagination of Earthly human beings, with its descriptions of cosmic humans, structural details about space vessels, and much more. The narrative is also compelling. Even if you were to read a science fiction novel today, I doubt that you would find yourself in such anticipation to discover what wonders awaited you as you turned each page. The author comments that the scenes and events in this book are his spiritual rather than physical experiences. Be it a physical or a spiritual journey, this certainly is an interesting book.

"I do hope that even those who are concerned only with worldly matters and objects that are visible and tangible will read this book with an open mind and, in so doing, expand their perspective of the universe."

Price: $7.99
$3.20 USD
Buy with coupon Use the code AGB60 at checkout for 60% off during our site-wide promotion!
(Offer good through April 20, 2020 )
Have a better coupon?
Add to cart, then apply your coupon
Add to Library Give as a Gift
How gifting works
Create Widget
Tags: spirituality universe spiritual peace ufo space humanity alien prayer divine
About Masao Murata

Masao Murata was born in 1906 in Shiga prefecture, Japan. While serving as president of a small electric company, he spent his spare hours in support of the world peace prayer movement founded by his mentor and advisor, Masahisa Goi. When asked to describe Mr. Murata, Mr. Goi wrote:

"During our association, Mr. Murata came to believe deeply in the love and protection of his guardian spirits and divinity. This lent much radiance to his prominent psychic abilities, and it deepened his experiences in the divine, spiritual, and subconscious realms which transcend the five senses… One of the wonderful things about Mr. Murata is that, despite his many mystical qualities, he never lets any trace of the mystical show through in his bearing and personality. At all times he is never anything but a delightfully natural, ordinary person."

Mr. Murata authored several books in Japanese (translations of which are now in progress). He died peacefully at the age of eighty-nine and is affectionately remembered by his wife, colleagues, and friends.

You have subscribed to alerts for Masao Murata.

You have been added to Masao Murata's favorite list.

You can also sign-up to receive email notifications whenever Masao Murata releases a new book.