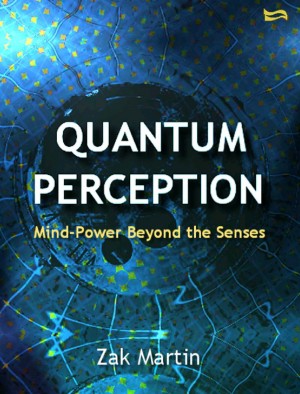 "Whether you believe in the paranormal or not, this book will fascinate and astound you." - Sasha Fenton, TV personality and best-selling author.

Irish-born Zak Martin is one of the world's foremost psychics and a leading figure in the New Age movement. He has been featured extensively on TV, radio and in the world press, and is widely acclaimed for his powers of psychic detection and criminal profiling on behalf of police forces throughout the world. He is personal and creative advisor to world-famous pop celebrities, television personalities and movie stars.
He made headlines in the UK for his psychic detection work with Scotland Yard, his friendship with Princess Diana, and his founding of the London Psychic Centre at Baker Street. He is author of several books, including Quantum Perception, a scientific exploration of the mind and consciousness, and the worldwide best-selling guide to psychic growth, How to Develop your ESP (Harper-Collins).
Zak Martin has contributed to the growth of public interest in psychic and psychological matters by writing articles, giving lectures and taking part in TV and radio programmes dealing with these topics. During the time he lived in the UK he was a frequent guest on London's two main radio stations, LBC and Capital. He lives in Granada, in the south of Spain.

You have subscribed to alerts for Zak Martin.

You have been added to Zak Martin's favorite list.

You can also sign-up to receive email notifications whenever Zak Martin releases a new book.