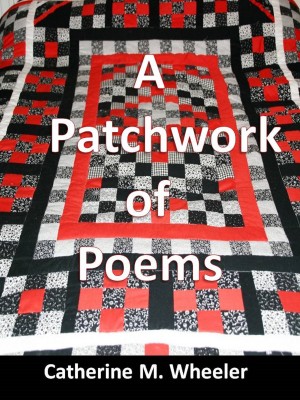 A Patchwork of Poems

Catherine, always her husband Roy's name for her, though many of us called her Cath, was born in Suffolk in 1939. She began early working life in Woolworth's, followed by W.H. Smith and it was not long before, having learned some of the tricks of the trade, her innate management skills began to surface. She ran the bookshop in no time at all.
She was organised and once she had caught a vision became passionate, determined and resilient. She was a leader, and at the same time, a great team player. She attracted commitment wherever she went because she valued others.
She worked in the later part of her busy life with Children in Distress and because she loved the kids who it helped she also loved the UK shops that helped to support the children.
Together with Roy she has been to Romania 38 times at considerable personal sacrifice. The measure of the blessing they both were to countless children and young people cannot be estimated. She would be thrilled to know they have named a building in the Cernovoda Young People's Centre after her. She would have also been humble and proud!

She was a Magistrate over many years, no doubt displaying trade-mark wisdom. She was highly appreciated in the local judicial system and further afield.
She gave herself unsparingly to others behind the scenes, visiting Bassenfell Manor Christian Centre in Cumbria with church groups and schools groups on over 50 occasions.
She was a collector of antiques, a master of craft whether it was embroidery or building and furnishing dolls houses, or quilting or cake decorating, or cross stitch. Sometimes it seems though that she derived her greatest satisfaction from quietly observing life and reflecting it, not only in her poetry & prose, but also in her award winning, beautiful patchworks. She could pick up whatever she put her hand to and do it with distinction.

She was a strong feisty, impassioned lady. It was said in her family that she was 'never wrong, just sometimes not right!' She would tell you what she thought but rarely fell out with anyone because she was reasonable, generous, loving and supportive. She was loyal, dedicated, there for the long term, ready to pay the price. She knew how to stand up and be counted, to exhibit positive hope when things were dark. For Cath the cup was always half full, rarely half empty.
She had a wicked sense of humour often reflected in her Pam Ayres' style poems. Her quiet faith was strong, her hope secure. She loved the image of life as a tapestry or patchwork - sharing about how God pulled together the threads of her life over many years. Her fortitude and faith was remarkable and inspirational.
One of our abiding memories of Cath perhaps sums up what we know of her. Along with Roy, she chose to attend a church weekend at Scargill House, Kettlewell in the Yorkshire Dales. It must have taken more to do that than some of us realised at the time. She was poorly, clearly, but involved and interested in all that was going on. The beautiful, Scandinavian style Chapel of the Centre was up a hill, far too demanding to get there, but she found she could be driven to the back door and so in she came with Roy.
On a glorious sunny morning, in an idyllic setting within the Dales she loved so much, it seemed to some of us that God had planned the service just for her. We sang one of her favourite hymns and she chose to stand along with Roy and sing with heart and hands uplifted 'Great is Thy Faithfulness.' She took communion. She expressed and confirmed her faith, strong to the last. She thanked God and she knew Jesus. That's how she lived. Catherine May Wheeler was a special lady. She has gone to her reward. We are left with blessed and cherished memories, she to the Joy set before her.
Catherine May Wheeler 1939-2014 (based upon the address given by Sir John Rowling at the celebration of her life 24th April). 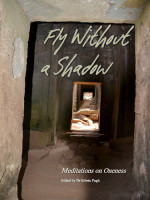 You have subscribed to alerts for Catherine M Wheeler.

You have been added to Catherine M Wheeler's favorite list.

You can also sign-up to receive email notifications whenever Catherine M Wheeler releases a new book.