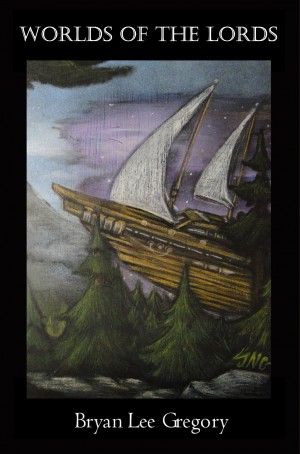 Worlds of the Lords

Beyond these obstacles, Bladesmen and humans have proven too similar to explain outside of some shared origin. Any explanation must be found somewhere away from both the Bladesman and human worlds, yet no records exist of either race's history. The City and its people may regret their attempts to reach a final conclusion, as the universe can prove to be a hostile place...
Available ebook formats: epub mobi pdf rtf lrf pdb txt html
First 20% Sample: epub mobi (Kindle) lrf more Online Reader
pdb
Price: $4.99 USD
Buy Add to Library Give as a Gift
How gifting works
Create Widget
Tags: adventure fantasy flight airship zeppelin
About Bryan Lee Gregory

Bryan Lee Gregory is an author of fiction that blurs the lines between high fantasy and steampunk. He grew up in the Pacific Northwest and currently lives in Beaverton, Oregon with his wife and son. Bryan has been creating new ideas for stories from a young age and has been turning those ideas into novels since 2009.

When not writing, Bryan works professionally in the software development industry. He graduated from The Evergreen State College in Olympia, Washington in 1999.

Bryan has written the first two novels in his Bladesmen Lords series and is about to release the third. Lord of the City and City of the Lords are both available now as eBooks or trade paperbacks, while Worlds of the Lords will be available in October, 2014.

Bryan can be contacted via email at bryan@bryanleegregory.com.

Find out what he's up to at http://bryangregory.blogspot.com!

Reviews of Worlds of the Lords by Bryan Lee Gregory

You have subscribed to alerts for Bryan Lee Gregory.

You have been added to Bryan Lee Gregory's favorite list.

You can also sign-up to receive email notifications whenever Bryan Lee Gregory releases a new book.