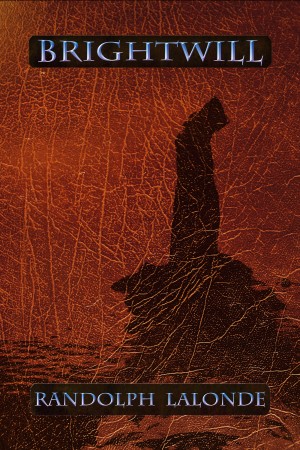 By Randolph Lalonde
Naze the Great Wizard finally tells his students and fellows about his exploits with his long lost brother, Riv. Riv, the outcast, the Thief of the Enduring Light, the Slasher Goblin, is an unexpected sibling to Naze the Wizard. What the Great Wizard reveals is a tale of bold misadventure and a people facing extinction. No one will see him the same way again. More
Brightwill, a land razed by war, on the verge of utter destruction.
There are few strongholds left, and few leaders who have the
vision and the power to protect their people.

Naze Kinu, the Great Wizard provides a stronghold for the most
talented young and old people in the lands. The Amber Refuge is
his life’s work, a central stronghold built by his comrades, his
power and his reputation.

That is why, when he tells his long time aide, Doril, that he intends to
tell all about his secret sibling, Riv. His intentions are met with
alarm. Naze kept his relation to Riv a secret for half a century.
Riv, known in legend as the Slasher Gremlin, the Prince
Slayer, and the thief of the Enduring Light.

Despite the damage his revelation could do to his reputation,
Naze is set on telling the true story of his brother, of the days
that inspired the legend. Most of those close to him are left
to wonder why, and to listen as their leader regales them with
the tale of his misadventures with his brother and Oroza, the
dragonling.

The saga of Highshield during an age of incredible change and upheaval.