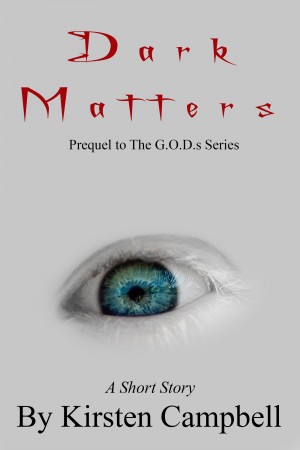 Kirsten Campbell is the author of several short stories and poems that have been published in Bewildering Stories, Ascent Magazine, Beauty Talk, The Fairfield Review, Poets-Artists & Madmen, Interracial Voice, Sagazine Online, The Write Gallery, The Pittsburgh Quarterly Online, COBRA, The CoffeehousePress Journal and several other magazines.

Kirsten was abandoned by both mother and father at six-years-old and she somehow survived a very devastating childhood. She found strength and courage through reading and writing and she graduated from school, got married and raised four wonderful children. She also cared for several children that were abandoned by their parents and by society, (a few were literally left on her doorstep.) She fed and clothed them and sent them to school and taught them to be upstanding, decent members of society.

Kirsten wrote Blood Master several years ago and it developed into The G.O.D.s Series, a series of books that deal with Griffin Storm, a hero with feet of clay, a hero that saves the lives of several people, but most importantly, he saves hundreds of children from abandonment and neglect; takes them to a better life, (something of which Kirsten always wished for when she was a child.)
Blood Master was well received and the second book of the G.O.D.s Series will be out this spring.

As a side note, Ladybug Press published her chapbook, “Poetry from the Covert Bourgeoisie,” in 2006 and her chapbook, “The Abandoning Kind,” was published by Pudding House Publications in 2009. She lives in Brewster, NY. , with her daughters and her five unbelievably beautiful grandchildren!

You have subscribed to alerts for Kirsten Campbell.

You have been added to Kirsten Campbell's favorite list.

You can also sign-up to receive email notifications whenever Kirsten Campbell releases a new book.