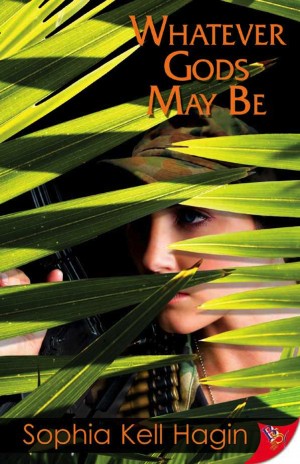 Whatever Gods May Be

But Jamie knows some things. From experience. She knows if she died, nobody would give a damn. Nobody would even notice. She knows the better she can fight, the safer she'll be. That's why she can't resist the sleek, dark lethality of the weapon—and the recruiter's promise that yes, if she's strong enough, good enough, she'll get to fire that weapon in combat. She doesn't care about the uniform. And screw the pretend-camaraderie. Only Safe matters—and if she can do combat, then maybe she can fight her way to Safe.

Jamie expects a grueling fight that she might lose. What she never expects is to win love.

Some of Sophia’s orphaned early writings may be found at her website, sophiakellhagin.com.

Sophia lives with her longtime love, life, and business partner in the wooded dunes of Truro, Massachusetts.

You have subscribed to alerts for Sophia Kell Hagin.

You have been added to Sophia Kell Hagin's favorite list.

You can also sign-up to receive email notifications whenever Sophia Kell Hagin releases a new book.