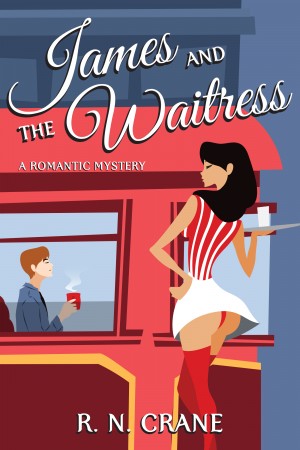 James and the Waitress

By R.N. Crane
Daria and James had nothing in common except that Daria wanted to steal the Alzheimer’s drug’s formula that James had discovered. Daria took a job as a waitress in a tavern where James and his fellow workers went for lunch. As time progressed Daria grew fond of James. Their relationship improved and somehow survived an assault, a kidnapping, and a murder. More
James Duncan discovered a new drug that keeps Alzheimer’s in remission, but accolades were instead heaped on his boss, Barry Poser. During James quest to get the credit he deserved, he became a murder suspect.

Daria Petrov reluctantly worked with two Russian students, on scholarship from a Russian pharmaceutical company, to steal the drug’s formula. She took a job as a waitress in Woodies Tavern, where the employees of James’ company meet for lunch.

James was smitten with Daria at their first meeting, however Daria thought James was a nerd. She went out with him only to obtain information, but he remained secretive about his work.

R.N. Crane lives in Orange, California. He is a retired engineering consultant writing romantic suspense and detective crime novels. “Murder in the O.C.” is his newest novel.
He is a member of Orange County Writers, Romance Writers of America, and Mystery Writers of America. 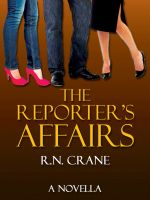 Reviews of James and the Waitress by R.N. Crane

You have subscribed to alerts for R.N. Crane.

You have been added to R.N. Crane's favorite list.

You can also sign-up to receive email notifications whenever R.N. Crane releases a new book.