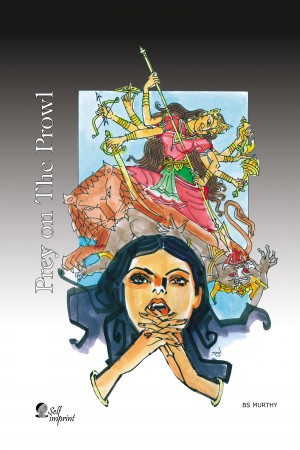 Prey on the Prowl

Even as Detective Dhruva was enamored of Kavya, whom he rescues from her kidnapper, Radha, the alleged poisoner of her man and his mistress, gatecrashes into his life.
But when Kavya too joins him after her man, her kidnapper and the investigating cop were poisoned, there ensues the tussle of a love triangle, which gets unraveled in a poignant end. More
Who could have poisoned Ranjit the realtor, Shakeel the Inspector, Pravar the criminal and Natya his accomplice?

Well the needle of suspicion tilted towards Pravar that was till he perished with his mate, but then who was the one?

Could it be Radha under the scanner for her role in the death of her husband Madhu and his mistress Mala, Pravar's sister?

Or was it Ranjit's spouse Kavya, who owing to Stockholm Syndrome, takes to Pravar her kidnapper.

As these deaths by poisoning puzzle Dhruva, Radha, who worms her way into his life, avers that Kavya had the motive and the means to kill her spouse, her paramour and his wife besides the cop.

However, Dhruva begins to look around for the culprit reckoning that when the ill-motives of the natural suspects to commit a murder are an open secret, someone with a hidden agenda might be tempted to use that as a camouflage for his subterfuge.
Download: epub mobi (Kindle) pdf more Online Reader
lrf pdb txt
Price: Free! USD
Add to Library
Create Widget
Tags: free ebooks fiction detective indian fiction fiction crime fiction murder fiction about moral dilemma fiction mystery suspense crime serial killer detective fiction crime novel fiction about abuse fiction mystery detective thriller
About BS Murthy

Born on 27 Aug 1948 and schooled in letter-writing, by 1983, he started articulating his managerial ideas, in thirty-odd published articles. However, in Oct 1994, he began penning Benign Flame: Saga of Love with the ‘novel art' and continued his fictional endeavors in ‘plot and character’ driven novels, Jewel-less Crown: Saga of Life and Crossing the Mirage: Passing through youth.

Then entering the arena of non-fiction with a ‘novel’ narrative in Puppets of Faith: Theory of Communal Strife, possibly a new genre, he ventured into the zone of translations for versifying the Sanskrit epics, Vyasa’s Bhagvad-Gita (Treatise of self-help) and Valmiki’s Sundara Kãnda (Hanuman’s Odyssey) in contemporary English idiom.

Later, ascending Onto the Stage with Slight Souls and other stage and radio plays, he returned to fictional form with Glaring Shadow - A stream of consciousness novel and Prey on the Prowl - A Crime Novel to finally reach the short story horizon with Stories Varied - A Book of Short Stories.

While his fiction had emanated from his conviction that for it to impact readers, it should be the soulful rendering of characters rooted in their native soil but not the hotchpotch of local and alien caricatures sketched on a hybrid canvas, all his body of work was borne out of his passion for writing, matched only by his love for language, which is in the public domain in umpteen ebook sites.

Some of his published articles on management issues, general insurance topics, literary matters, and political affairs in The Hindu, The Economic Times, The Financial Express. The Purchase, The Insurance Times, Triveni , Boloji.com at https://independent.academia.edu/BulusuSMurthy

He, a graduate mechanical engineer from Birla Institute of Technology, Mesra, Ranchi, India, is a Hyderabad-based Insurance Surveyor and Loss Assessor since 1986.

He takes keen interest in politics of the day, has an ear for Carnatic and Hindustani classical music and had been a passionate Bridge player.

Whenever I look at my body of work of ten books, the underlying human possibility intrigues me no end, and why not. I was born into a land-owning family in a remote village of Andhra Pradesh in India that is after the British had folded their colonial tents from there, but much before the rural education mechanism was geared up. It was thus the circumstances of my birth enabled me to escape from the tiresome chores of the primary schooling till I had a nine-year fill of an unbridled childhood, embellished by village plays and grandma’s tales, made all the more interesting by her uncanny ability for storytelling. As my maternal grandfather’s grandfather happened to be a poet laureate at the court of a princeling of yore, maybe their genes together strived to infuse the muses in me their progeny.

However, as the English plants that Lord Macaulay planted in the Indian soil hadn’t taken roots in its hinterland till then, it’s the native tongues that ruled the roost in the best part of the vast land, and in Andhra it was Telugu, the Italian of the East that held the sway. No wonder then, leave alone constructing a sentence on my own in English, whenever I had to read one, I used to be afflicted by stammer. Maybe, it was at the behest of the unseen hand of human possibility or owing to his own foresight that my father in time had shifted our family base to the cosmopolitan town of Kakinada to put me into the missionary McLaren High School in Class X. With that began my tryst with English, which, courtesy one of my maternal uncles, eventually led me to the continental fiction in translation that engaged me more, far more than the technical subjects I had to pursue for a career as a mechanical engineer.

While the Penguin classics inculcated in me a love for English language that is besides broadening my outlook of life, my nature enabled me to explore the possibilities of youth, and given that letter-writing was still in vogue then, I was wont to embellish my letters to friends and loved-ones with insights the former induced and emotions the latter infused. Clearly, all those letters that my novels carry owe more to my impulse to write them than to my muse’s need to express itself through them. Even as the fiction enabled me to handle the facts of life with fortitude, as life, for its part, chose to subject me to more of its vicissitudes, I continued tending my family and attending my job.

Fortuitously, when I was thirty-three, my mind and matter combined to explore the effect of the led on the leader, and when the resultant “Organizational ethos and good Leadership” was published in The Hindu, I experienced the thrill of, what is called, seeing one’s name in print. Encouraged, I continued to apply my mind on varied topics such as general management, materials management, general insurance, politics, and, not to speak of, life and literature resulting in some thirty published articles. But fiction was nowhere in the sight, nor I had any idea to turn into a novelist for Leo Tolstoy, Fyodor Dostoyevsky, Nikolai Gogol, Ivan Turgenev, Emily Zola, Gustav Flaubert et al are literary deities (I hadn’t read Marcel Proust and Robert Musil by then), and where was the question of a devotee envisioning himself as a deity.

But when I was forty-four, having been fascinated by the manuscript of satirical novel penned by one Bhibhas Sen, an Adman, with whom I had been on the same intellectual page for the past four years then, it occurred to me, ‘when he could, I can for sure’. It was as if Bhibhas had driven away the ghosts of the masters that came to shadow my muse but as life would have it, it was another matter that as he didn’t want to foul his novel by dragging it to ‘publishable length’, it remained in the limbo.

With my muse thus unshackled, I set to work on the skeletal idea of Benign Flame with the conviction that for fiction to impact readers, it should be the soulful rendering of characters rooted in their native soil, not the hotchpotch of local and foreign caricatures sketched on a hybrid canvas, the then norm of the Indian writing in English. Yet it took me a fortnight to get the inspiring opening sentence - “That winter night in the mid-seventies, the Janata Express was racing rhythmically on its tracks towards the coast of Andhra Pradesh. As its headlight pierced the darkness of the fertile plains, the driver honked the horn as though to awake the sleepy environs to the spectacle of the speeding train.”

From there on, it was as though a ‘novel’ chemistry had developed between my muse and my characters’ psyche that shaped its fictional course, and soon, I came to believe that I had something unique to offer to the world; so, not wanting to die till I gave it to it, I used to go to lengths to safeguard my life till I finished it with a ‘top of the world’ feeling. What one Spencer Critchley, an American critic, thought about my contribution – “It’s a refreshing surprise to discover that the story will not trace a fall into disaster for Roopa, given that many writers might have habitually followed that course with a wife who strays into extramarital affairs” - made me feel vindicated, though there were no takers to it among the Indian publishers and the Western agents.

So, I had no heart to bring my pen to any more paper (those were the pre-keyboard days) though my head was swirling with novel ideas, triggered by an examined life lived in an eventful manner. Sometime later, that was after I read a book of short stories presented to me; I had resumed writing due to a holistic reason. While it was the quality of Bhibhas’ satire that set me on a fictional track from which I was derailed by the publishers’ indifference, strangely, it was the lack of it in that book that once again spurred me onto the novel track to pursue the joy of writing for its own sake, and that led me to the literary stations of Crossing the Mirage and Jewel-less Crown. But in the wake of the hotly debated but poorly analyzed Godhra-Gujarat communal rioting in 2002, as I was impelled to examine the role religions play in social disharmony, my fictional course had taken a non-fiction turn with Puppets of Faith.

Then it was as if my muse, wanting me to lend my hand to other literary genres led me into the arena of translation, pushed me onto the ‘unknown’ stage, put me on a stream of consciousness, took me to crime scenes and dragged me into the by-lanes of short stories. However, it was Michael Hart, the founder of Project Gutenberg, who lent his e-hand to my books in search of readers. Who would have thought that life held such literary possibilities in English language for a rustic Telugu lad in rural Andhra even in post-colonial India? The possibilities of life are indeed novel, and seemingly my life has crystallized itself in my body of work before death could dissipate it.

My body of work of ten free ebooks, in varied genres, is in the public domain: https://g.co/kgs/2vJ7xT 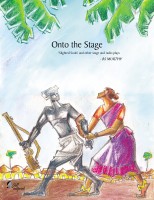 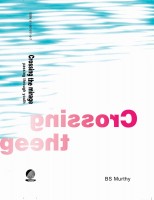 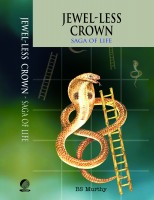 You have subscribed to alerts for BS Murthy.

You have been added to BS Murthy's favorite list.

You can also sign-up to receive email notifications whenever BS Murthy releases a new book.