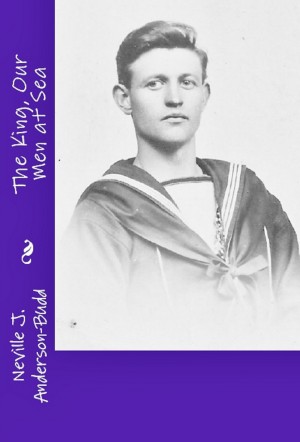 The King,Our Men at Sea.

By Neville J. Anderson-Budd
A young Piglet is drafted to a frigate serving in the Atlantic and then the Mediterranean during WWII. Missions to Crete, Malta and Gibraltar. Being wounded and befriending a Seaman who has lost everything. More
Looking over the weather break on the bridge of HMS Pendenis Castle toward the east I could see the dawn breaking with the yellow sky rising up from the horizon and fading into the dark and then blending with the black and grey of clouds, which have been with us for the past three or four days. The waves of the sea were of the same colours, so black and dark green, the only difference, there were the white caps rolling across and breaking against the side of the ship sounding like paper being torn in half as we patrolled the convoy we had picked up two hundred miles out of New York.

We had been collecting and guarding the North Atlantic convoy’s for the past year, the same routine over and over again, running up and down the line of cargo vessels, yapping at them to get back in position, which endangered the whole convoy, which only cruised at the speed of the slowest ship. Really we were just like a small demented Jack Russell yapping at them to get back into station or find out why they had slowed down, snapping at the heels of the ones who always seemed to give us problems and put the rest of the convoy in danger.

This trip the weather had been the worst I had ever known in all the time we had been watching over ships who were trying to keep England alive, these vessels were from so many different countries and at times it was a problem getting them to understand what we required them to do and for them to understand English, it became so frustrated when they did not understanding what we were saying it turned into a shouting match between the Captains.

As we made the best speed we could to shepherd the ships this trip was hard as the waves were breaking over our bows and sometimes over the bridge, every time we hit a wave it was like a hammer hitting the bows and sending vibrations all along the hull, at times the bow would rise completely clear of the sea and come crashing down with such a steep angle on it we thought at times she would never raise up and just continue to plunge down to the sea bed with us all on board.

There was sea water everywhere and as usual it managed to get below decks, making everything feel wet or damp, clothes and bedding did not escape the feeling of dampness which permeated throughout whole ship, at times it was hard to find anything dry to wear. Bunks always felt damp and trying to sleep fully clothed was just about impossible, also with the ship trying every which way to make you roll out of your bunk was a never ending fight against the ships twisting and turning.

I had managed to ‘obtain’ a hammock which I slung up in my cabin, I have always thought the hammock was the best ‘bed’ you could sleep in, once it was up you left it in place and stored everything you needed inside of it out of the dampness all around. The small mattress and pillow made it very easy to sleep, with just a sheet or blanket to cover you, some ‘landlubbers’ had the notion a hammock swung about all over the place with the rolling of the ship, really the hammock never moved as it was the ship which moved, the only feeling you had was when you hit a large wave with the bows and the hammock would slide forward and then return to its position, that really was the only movement you ever felt.

My books are on Amazon.co.uk Kindle and in Book form Search Neville Budd.;

I was born in Portsmouth, Royal Naval & Marine Maternity Hospital 1st October 1938.
We moved to Hayes, Middlesex in 1940 and then to Bletchley Park, where my father worked during WWII 1940 through until 1949 with my parents, twin sisters and older brother, then we moved to the Plough Inn at Simpson, Near Bletchley.
In 1950 I attended the Royal Hospital School; Holbrook which before it moved there in 1932 it was the Royal Hospital at Greenwich donated by the then King William and Queen Mary to be converted into an Institution for Relief and Support of Seamen.
I left in 1955 and joined the Royal Navy until 1960, as a Voice Radio & RADAR Operator Served on various ships and shore stations in England, Mediterranean and the Far East as RADAR Operator & Plotter, communications ship/aircraft and on Coast Watching Duties in the Far East.
After leaving the Royal Navy I worked as an Industrial Radiologist and then as a Qa/Qc Engineer working in the North Sea, Middle and Far East, America, Europe, North Africa and South Africa.
In 1959 on July the 25th, I married Doreen Sarah Charnock and lived in Leighton Buzzard until 1983.
My Sally (Sarah) sadly died 27th November 2012.

You have subscribed to alerts for Neville J. Anderson-Budd.

You have been added to Neville J. Anderson-Budd's favorite list.

You can also sign-up to receive email notifications whenever Neville J. Anderson-Budd releases a new book.