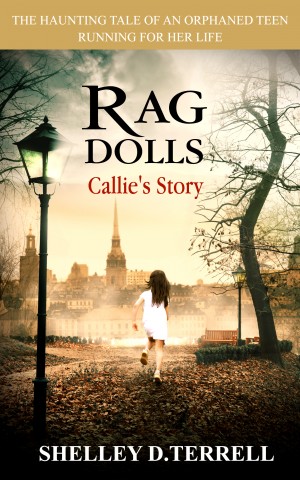 By Shelley D Terrell
When Callie is suddenly orphaned, she’s moved from home to home, but she fits in nowhere. Finally she’s moved to a home where she hopes she'll be able to stay, but something terrible happens. Now, she has a secret which might get her killed. Will Callie escape with her life? More
After the sudden death of her beloved Nana, Callie is ripped away from everything she knows and placed in a filthy, loveless home which is overcrowded with foster children. Because of her ability to feel other's emotions, she is overwhelmed by pain from the other children. Callie knows that if she is to survive, she will have to turn off her emotions completely, but this makes people around her uncomfortable. She is moved from home to home, but she fits in nowhere.

Finally she’s moved to a home where she hopes she'll be able to stay, but something terrible happens. Now, she has a secret which she knows could get her killed. She knows that if she wants to live she'll have to leave, but she has no money, no family and nowhere to go. She tries to escape but he’s following her and he’s getting closer.

Will Callie escape with her life?

Shelley D Terrell lives in Eastern Oklahoma with her husband Ron, her ten year old son Damien and their Jack Russell Terrier, Milo. As a survivor of domestic violence, a former foster parent and a child advocate, Shelley personally understands the subject matter she writes about. Her experiences bring reality to her real life fiction novels and awareness to the out of control social problems of drug abuse, alcoholism, domestic violence, and child abuse. Because of her love for animals, she also has a wildlife rescue. Bat pups, vultures, squirrels, rabbits and deer are some of her most recent rescues. All animals are returned to the wild after they are successfully rehabilitated.

To learn more about this author, connect with her on social media.

You have subscribed to alerts for Shelley D Terrell.

You have been added to Shelley D Terrell's favorite list.

You can also sign-up to receive email notifications whenever Shelley D Terrell releases a new book.