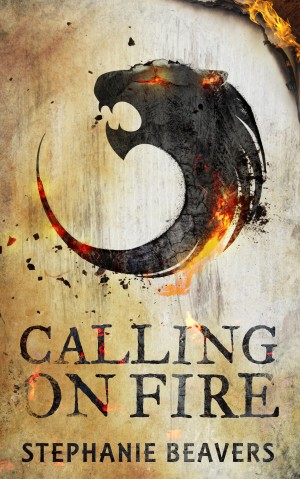 By Stephanie Beavers
Two brothers with magical abilities seek to stop an evil mage only to find the fate of an entire race in their hands. More
For centuries, the evil mage Moloch carved out a swathe of destruction, creative in his use of torture, oppression, and outright slaughter. Families, towns, and even whole kingdoms fell before him. But in one village, one boy survived.

Esset's adopted brother Toman is that boy. Scarred by the tragedy, the two boys swore to stomp out evil when they grew up.

Now adults, they travel the world, seeking out evil wherever it may lurk. Esset can summon fiery creatures from beyond their world, and Toman can make inanimate objects come to life. Together, they look forward to the day that they’re strong enough to take on Moloch himself.

With every battle they grow stronger, but Moloch’s reach is greater than they imagined, and his minions lurk in the most unexpected places. If Toman and Esset can only barely survive the battles against Moloch’s creatures, how can they hope to stand against the mage himself?

Will they be strong enough to defeat him, or will Esset have to choose between his promise to end evil… and his own life?

Stephanie Beavers always knew she wasn’t from the real world. That was why she spent so much time daydreaming and living in various fantasy worlds created by others and herself. Stephanie knew she was actually supposed to have been born as a dragon or a cat – or at least someone who had magical abilities. Now grown, she appreciates the beauties of the real world too, but saves herself from sanity by spending as much time in magical, or at least fictional, worlds as possible.

Stephanie shares her mind with a myriad of characters, most of them not human, and most of them possessing magic or special abilities. When they get too loud inside her head, she writes them out or drowns them out by submersing herself in the fiction of others. For those who love magic and adventure, she offers you an outlet so you can escape reality too.

You have subscribed to alerts for Stephanie Beavers.

You have been added to Stephanie Beavers's favorite list.

You can also sign-up to receive email notifications whenever Stephanie Beavers releases a new book.