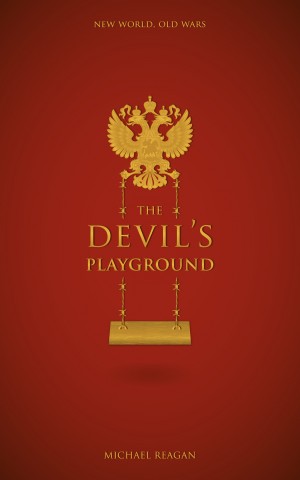 By Michael Reagan
The new cold war has arrived with new players joining the affray. The second book in the Litchfield family series finds the mountains and natural gas fields of Turkmenistan acting as the catalyst in these shifting sands.

The second book in the Litchfield family series finds the mountains and natural gas fields of Turkmenistan acting as the catalyst in these shifting sands.

In Japan, a new Prime Minister seeks to make his mark, in order to reclaim his nation’s place in the world.

In North Korea, a man considered to be a peacemaker plots and schemes to take power of the South.

In China, a civil servant moves his instruments around the world to enable him to challenge the might of the United States.

When Sir Thomas Litchfield is forced by the President of the United States to help him bring peace to the world’s longest conflict in Korea little does he know that decisions made long in the past, in the corridors of power are about to bear fruit and bring the world to the brink of oblivion.

The Devil’s Playground is a story of passion, conflict, greed and naked ambition that follows both the allies and foes of peace as the reader joins Thomas on his journey to protect those he loves and is charged to lead while he walks the tightrope of keeping both his “masters”, old and new happy in the aftermath of his doomed attempt to revenge the woman he loved all those years ago.
Available ebook formats: epub mobi pdf rtf lrf pdb txt html
Price: $2.99 USD
Buy Add to Library Give as a Gift
How gifting works
Create Widget
Tags: cia russia obama north korea putin oligarch
About Michael Reagan

Michael Reagan is a nom de plume. Initially working as an analyst specializing in Corporate Solutions & Planning for a private bank, he was there right at the start of the crazy years of Yeltsin-led Russia. Gaining first hand insight into how the Oligarchs did business in the early days of a Russia struggling to embrace capitalism.

Some of Michael's experiences have provided in part, the background to his Litchfield character, the chief protagonist of the book.

By the end of the 1990s, employed in a rather peculiar role, within a private office of a royal family in the Middle East he found himself gaining insight not just into the workings of the region's royal families and their various governments, but also seeing just how Natural Resources have and will continue to effect the "doing of business" between the governments of the world and the multifarious characters involved.

Negotiating everything from hunting rights, the paying of gambling debts of young sheikhs, to oil and gas deals, he refers to it as a life that was never dull but certainly not for the fainthearted and one that often found him questioning his "Devil's Bargain".

"Reagan turns his 500-plus pages into a searing epic" Kirkus Reviews.

About the Series: Litchfield Family

The protagonist of the series is a billionaire Oligarch called Sir Thomas Litchfield.

An Anglo-Russian who is bound by Homeric code that tries to steer a pragmatic course in the new “Cold War” between USA and Russia.

Taking the reader on a series of journeys through the intrigue and clashes as two contrasting worlds meet. Neither good nor evil; Litchfield is a survivor who adapts to the situation around him:

The two key impact characters that influence the Thomas Litchfield character are:

His true love a former beautiful young prostitute from Turkmenistan that he saves one night and his faithful bodyguard who tries to act as the voice of reason in his life, but fails.

The books of the series overall premise is.

“Blood is always thicker than water,” and despite trying what may Litchfield and the villains and those around them will never escape their pasts.

With the underlying theme of “Life doesn’t always bring everybody who commits a crime to justice” and there always has to be a “Scapegoat” when the Bear meets the Eagle in the field of battle.

You have subscribed to alerts for Michael Reagan.

You have been added to Michael Reagan's favorite list.

You can also sign-up to receive email notifications whenever Michael Reagan releases a new book.