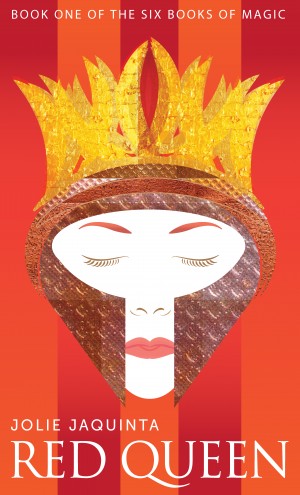 By Jolie Jaquinta
Rated 2.00/5 based on 1 reviews
Reluctant successor to the throne of Romitu, Jesca is unable to pass it on to any of her fiercely loyal Generals. She faces a bitter insurgency that won't end. Incredibly powerful magic that has made the gods her enemy. And a prophecy of the end of the world. With no solution to the succession in sight, she must face and solve these problems herself. More
Jesca, reluctant Queen of the Second Empire of Romitu, holds the throne posthumously bequeathed to her. Her predecessor, the brilliant and charismatic general who refounded the Empire strongly recommended five year reigns, passed on to non-blood successors. In the five years Jesca has held it, the resurgent Empire has bogged down in partisan conflicts with her opponents doggedly holding out against all odds and common sense. Romitu's mastery of vastly powerful ancient magic has brought many solutions, but also many problems. Her mages debate the ethical questions on how to use it, their gods consider it blasphemous rivalry, and the enigmatic Grey Elves claim it holds the key to either the world's destruction or salvation. None of Jesca's fiercely loyal Generals will accept the throne from her, and she must find the strength within herself to carry on and find the path to peace between her people, her gods, and her conscience.
Download: epub mobi (Kindle) pdf more Online Reader
rtf lrf pdb txt
Price: Free! USD
Add to Library
Create Widget
Tags: magic gods war ethics empire
About Jolie Jaquinta

I first started writing in the same APA that Charles Stross and Jo Walton were part of. Unfortunately for my writing, I got a job and developed a career. This did not deter me, but it did sap the time I had for the endless self-promotion and courting of publishers that is necessary to be printed these days. I have awaited for the new day dawning, where we can throw off the shackles of the requirements for print publication, and let our thoughts flow as free as electrons in a new digital world. All the works I've breathed life into over the years now have soil to spring forth from!

About the Series: The Six Books of Magic

The World of Exiles is a land to which have slunk creatures banished from the stars. Deep holes in the earth have been their retreat to lick their wounds and hone their spite. Some brought their creations with them who, over a hundred thousand years, have populated the nooks and crannies of the Underground. A scant ten thousand years ago the most recent exiles arrived, The Grey Elfs, accompanied by the enigmatic Dragons. They didn't hide in caves. They brought life across the surface and populated it as part of some great, intricate experiment.

It's been eight thousand years since then. Empires, dynasties, wars and great works of their creations have risen and fallen and forgotten their creators until the Second Empire of Romitu. Not only do they discover their origin, but the power of the gods in the Six Books of Magic. And the fact that those who made them think the experiment is doomed to self destruct in a scant two thousand years. The Empire faces political, religious and ethical dilemmas that threaten to tear it apart. Having this mighty magic at their disposal only raises the stakes. Can they find a solution to their problems that even their masters cannot see?

Also in Series: The Six Books of Magic

Where to start? I really struggled to read this story - but I did eventually finish it. So I could not have hated it. Problem is that I did not like it near as much as I wanted to. I had always thought that saying that you really wanted to like a book but just couldn't was just a platitude. Now I know better. For me - this was that book! The author has potential and imagination to be sure - but this whole thing seems amatuerishly done. Too many mistakes and typos, frequent usage of the wrong pronoun, formatting issues - you name it!

While I did like the basic premise of this story, I thought some of the names for characters in this fantasy world setting were ridiculous ("Bianca" for example). There was an unhealthy mix of modern "our world" language and speech combined with rigid and archaic language and speech coming out of the mouths of the same characters. I didn't find the characters believable for the most part. And a big battle in Hell at the end of the story where the "good guys" suffer no casualties because they can simply bring all their slain back to life at the end? Seriously - what was even the point then? I guess the author does not believe in consequences and just wanted to give us some BS fairy tale ending.

All of the above being said - I most likely will continue with this series as all the ebooks in the series are free thus far and I do still have just a tad of interest in this author's work. I may need a break to read something else before i do that, though. I struggled with it enough that it must have taken me 2 or 3 weeks to finish reading this book - and it is not even a very long book! It's on the shorter side for a novel.

You have subscribed to alerts for Jolie Jaquinta.

You have been added to Jolie Jaquinta's favorite list.

You can also sign-up to receive email notifications whenever Jolie Jaquinta releases a new book.