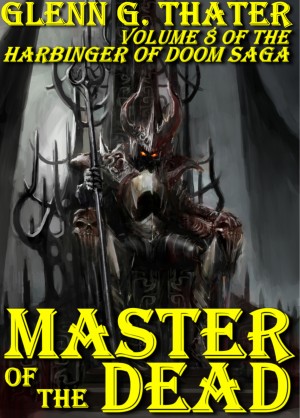 Master of the Dead (Harbinger of Doom -- Volume 8)

This eighth volume of the Harbinger of Doom saga is different. It reveals the truth about those creatures. About where they really came from. About the terrible threat they posed and may still pose today. And about the brave folk of days long past that stopped them from overrunning the world.

For more than twenty-five years, Glenn G. Thater has written works of fiction and historical fiction focusing on the genres of epic fantasy and sword and sorcery. His published works of fiction include the first four volumes of the Harbinger of Doom saga - The Gateway, The Fallen Angle, Knight Eternal, Dwellers of the Deep (forthcoming), and the short story The Hero and the Fiend, which appears in the anthology Shameless Shorts.

Mr. Thater holds a bachelor's degree in Physics with concentrations in Astronomy and Religious Studies, and a master's degree in Civil Engineering, specializing in Structural Engineering. He has undertaken advanced graduate study in Classical Physics, Quantum Mechanics, Statistical Mechanics, and Astrophysics, and is a practicing licensed professional engineer specializing in multi-disciplinary alteration and remediation of buildings, and the forensic investigation of building failures and other disasters.

Mr. Thater has investigated failures and collapses of numerous structures around the United States and internationally. Since 1998, he has served on the American Society of Civil Engineers' Technical Council on Forensic Engineering (TCFE), is a member of that Council’s Executive Committee, and is the past Chairman of TCFE's Committee on Practices to Reduce Failures. Mr. Thater is a LEED (Leadership in Energy and Environmental Design) Accredited Professional and has testified as an expert witness in the field of structural engineering before the Supreme Court of the State of New York.

Mr. Thater is an author of numerous scientific papers, magazine articles, engineering textbook chapters, and countless engineering reports. He has lectured across the United States and internationally on such topics as the World Trade Center collapses, bridge collapses, and on the construction and analysis of the dome of the United States Capital in Washington D.C.

Many of Mr. Thater's stories and story excerpts are posted on his official website http://www.glenngthater.com, where fans may leave comments and questions. 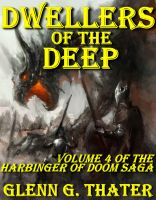 Also in Series: Harbinger of Doom 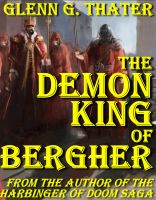 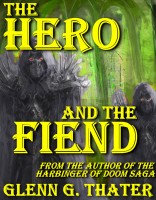 You have subscribed to alerts for Glenn G. Thater.

You have been added to Glenn G. Thater's favorite list.

You can also sign-up to receive email notifications whenever Glenn G. Thater releases a new book.