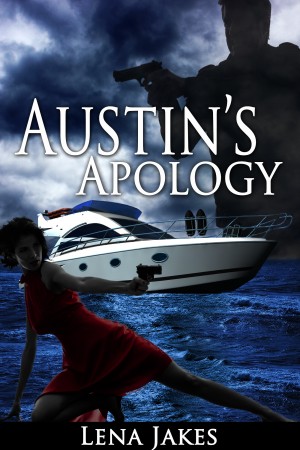 Austin Stewart was an agent without emotions - until he almost lost one of his own. Addison Malloy nearly died as an agent, and has been running from the cartel that wants her dead. Now Austin has found her and he needs her back in the field. He swears he has changed, but can Addison overcome her hatred enough to accept Austin’s apology, and trust him to protect her as she faces danger again? More
As Director of the Teams, Austin Stewart had a reputation as an agent without emotions, able to make hard decisions with ice cold detachment. It was a quality that served him well – until almost losing one of his own made him question his ways. Now Austin’s niece has been kidnapped, and the price to get her back is the delivery of the woman he allowed to hide and has protected from afar all these years.

Addison Malloy barely survived her first and only attempt to be an undercover agent. For years she has been on the run, trying to stay ahead of the human trafficking ring that wants her dead, and away from the mission that changed her life forever. Now, the man who originally sent her into danger has found her and wants to bring her back into the action.

Austin swears he has changed, but can Addison overcome her fear of the cartel, and her hatred of him enough to accept Austin’s apology, and trust him to protect her as she faces danger once again?
Available ebook formats: epub mobi pdf rtf lrf pdb txt html
First 15% Sample: epub mobi (Kindle) lrf more Online Reader
pdb
Price: $2.99 USD
Buy Add to Library Give as a Gift
How gifting works
Create Widget
Tags: romance romance advenure romantic suspence romance and contemporary romance and strong heroine
About Lena Jakes