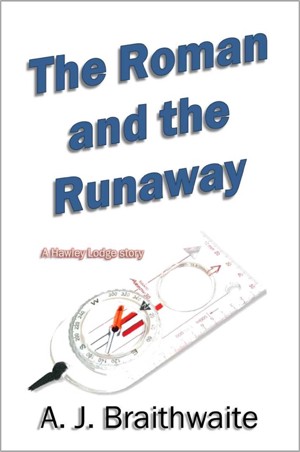 The Roman and the Runaway

By A. J. Braithwaite
Rated 3.50/5 based on 6 reviews
Having a good family friend as your headmaster might sound ideal, but for Luke Brownlow it just makes life even more complicated... More
In with the wrong crowd at school, Luke is falling behind in his work. His parents take drastic action: banning him from seeing his friends and making him go to a new school.

Luke avoids his family over the summer by spending time with their neighbour, Ned Kelly. He decides to get expelled from his new school but changes his mind when he discovers that his new headmaster is none other than the neighbour he has been getting to know and respect.

An enemy within the school and a runaway girl outside it make it harder for Luke to stay out of trouble with Ned than he'd hoped: by the end of the school year it looks like he'll be expelled after all.
Download: epub mobi (Kindle) pdf more Online Reader
rtf lrf pdb txt
Price: Free! USD
Add to Library
Create Widget
Tags: england young adult families schools boys contemporary fiction museums fathers and sons orienteering runaways boarding schools school stories hertfordshire manchester aldbury
About A. J. Braithwaite

Born in England in the 1960s and emigrated to Canada in 2007, where she has a small hobby farm growing vegetables, raising chickens and occasionally finding time to write.

Learn more about A. J. Braithwaite

Reviews of The Roman and the Runaway by A. J. Braithwaite

The story is interesting, but the characters lack depth and the writing is relatively simplistic. It does not create a context, but conveys explicit information. The construction of point-of-view is also simple and does not induce intimacy with the characters. Perhaps this intended for a younger audience that requires that sort of writing? I am not sure, but I am sure that for me it was a labor to get through this. I don't recommend it for most readers. However, if you like the first 10 pages or so it will be worth your time.

Written by A.J. Braithwaite, this relatively short book is marketed for a young adult audience. I found the writing style geared perfectly for a middle grade audience. Unlike the average, modern young adult book, which leaves more to the imagination, the writing in this book is careful to spell out everything the reader should be understanding. As a result, it lacked voice; I wasn't experiencing what the characters were experiencing, I was reading what they were experiencing.

The writing felt proper and old-fashioned in places, with a nice, somewhat sanitized feel typical of older books, but with some edge in the form of swear words .Overall, I was reminded of a high school creative writing contest. The writing style wasn't bad and there is definitely an audience for it. I just think the audience it's meant for is much younger than the modern young adult set.

The story begins with Luke's experiences from summer holidays up to partway through his term at school, when he meets the runaway. Then the story backtracks to briefly describe the runaway's experiences up to the point where she meets Luke. The story then continues from there with both experiences. I was thrown off by the seemingly totally different story when the runaway's story started and wondered if this was actually a collection of two separate stories. I think introducing the runaway earlier and alternating her timeline with Luke's (as indicated by chapter headings) up until they meet would have solved that problem. The overall story was interesting, but some of the plot events seemed illogical and it became somewhat absurd at the end. The ending ties things up in a strangely perfect and extremely serendipitous way, which is something I'd expect more from a middle grade novel.

It's hard to rate the characters because I didn't get a real feel for them. The only characters I really felt like I "knew" to any extent were Luke, Pagan, Ned, and possibly Mr. Wilmot. Mr. Wilmot actually felt like he could be the most complex character in the book, as he was the only one who didn't feel completely straightforward.

It's difficult to gauge my reaction to this book. It has a nice middle-grade feel to it, the writing is generally clear and moves the story along, but it feels very bland because the characters and events are explained in such a way that I didn't get to experience them. I rate books according to their intended audience. If this book were for a middle grade audience, I'd likely give it 3 stars (the ending was still a little *too* much, and I'd want the swear words to go away). As it's meant for today's young adult market, I give it:

A very comfy 2hr read, characters fairly well plotted (particularly liked Ned Kelly the Headmaster), storyline sometimes o.t.t, but all in all a good read and I would be happy to try this author again.

I read to escape-this book allowed me to do that. I thought it was well written. I can't wait for the next one. I think we have the makings of another J.K. Rowling. Bravo!

This book is a poorly crafted waste of time. It appears to be geared for a high school audience, but the writing is very simple for that age group, and I got the distinct impression that the author wasn't quite sure who her intended audience was. The majority of the events in this story are unbelievable, most of the characters are flat, and the parents are blithering idiots.

If you had run away from home and were hiding, would you allow yourself to be seen and carry on a conversation with a group of boys from a school near your hideout? If you were a mother and a counselor and it was obvious your daughter had major issues with your significant other, would it take her running away and police and social workers questioning you before you suspected anything? If you were already pregnant before you met your future husband, just how long do you think it would take for him to figure out that the baby born shortly after the wedding wasn’t his? Suppose you had just had a near-death experience and discovered you might need a liver transplant. Your mom comes in and very bluntly says, "Your dad is not your dad," then goes on to explain that your actual dad is your next-door neighbor who also happens to be the headmaster of your school. I think your response would be a little more powerful than a simple, "Okay."

Something I found quite strange is the title of this book on my Kindle. The first line of the book is, “And what the bloody hell d’you call this?” On my Kindle, the title and author show up as “And what the bloody hell d’you call this Amanda Hill. (Punctuated as I have shown, but with more space between the end of the title and the name Amanda.) I suppose A. J. Braithwaite and Amanda Hill are one and the same, but it is odd to have the two different names show up in different places as authors of this book.

If you have time to kill and absolutely nothing else to do, you can waste a few hours on this book, but I really don’t recommend it.

The greatness of this book is astounding. This book has the adventure and romance that I think any young adult would love. Thank you for publishing this on the web for free it is awesome.

(review of free book)
Rebel reviewed on May 30, 2010
(no rating)
Brilliant loved it. It was hilarious and generally a good read albeit to short.

You have subscribed to alerts for A. J. Braithwaite.

You have been added to A. J. Braithwaite's favorite list.

You can also sign-up to receive email notifications whenever A. J. Braithwaite releases a new book.