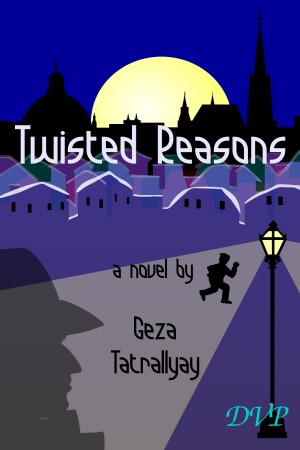 Arriving in Vienna to find his friend Adam Kallay, an official at the International Atomic Energy Agency, presumed dead, crime novelist Greg Martens teams up with Interpol Agent Anne Rossiter and Julia, Kallay’s Russian girlfriend, to solve the case and track the disappearance from a former Soviet nuclear site of enough uranium to make a bomb. The story moves from espionage entrepȏt Vienna to radioactivity contaminated Chelyabinsk and to front-line Georgia, as the three combat arms merchants allied to Russian secret police to prevent the stolen uranium from getting into the hands of terrorists. Along the way, Greg learns brutal truths about himself and his family’s past and falls in love with Anne.

Born in Budapest, Hungary, Geza escaped with his family in 1956, emigrating to Canada. He graduated with a BA in Human Ecology from Harvard University in 1972, and, as a Rhodes Scholar, next attended Oxford University, where he obtained a BA/MA in Human Sciences in 1974. He completed his studies with a MSc in Economics from London School of Economics and Politics, and represented Canada as an épée fencer in the 1976 Olympic Games in Montreal.

Geza’s professional experience has included stints in government, international organizations, finance and environmental entrepreneurship. Since 2004, he has been semi-retired, managing a few investments mainly in the clean energy sector and devoting his time to the two great loves in his life, his family and his writing. With dual Canadian and Hungarian nationality, Geza divides his time between Bordeaux, France, and Barnard, Vermont, with frequent visits to New York, Toronto, and London. He has a few early publishing credits to his name (mainly poetry, articles, a short story translation from Hungarian etc.) as well as the thriller Arctic Meltdown. 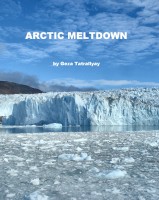 Ripped from the headlines and pulsing with suspense, Geza Tatrallyay's new novel is sexy, scary and artfully informative. If you read his novel "Arctic Meltdown," you know how prescient he was about the international power grabs now shaking the Arctic Circle. Like that book, "Twisted Reasons" provides a comparable thrill -- a plausible nightmare that leaps beyond a novel's pages. Plus did I say how hot the sex is? This author's first-hand research clearly has not been confined to the Cold War!

You have subscribed to alerts for Geza Tatrallyay.

You have been added to Geza Tatrallyay's favorite list.

You can also sign-up to receive email notifications whenever Geza Tatrallyay releases a new book.