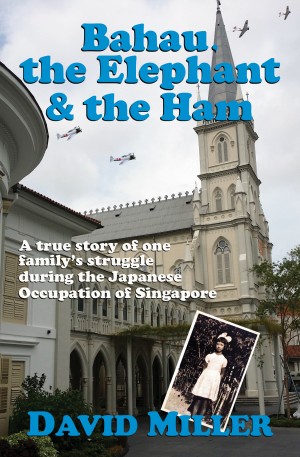 Bahau, the Elephant & the Ham

A former newspaper correspondent and managing editor for a number of magazines in Singapore, David Miller has written several commercial books over the years.

His first novel 'Year of the Tiger' was published in August 2012. Advent was his second novel published in June 2013.He is currently working on a sequel to 'Advent' - the third and final installment in this series. The book is expected to be ready sometime in 2015. In November 2014 he published two non-fiction titles - Bahau, the Elephant & the Ham' and 'DutyBound'.

Readers, if you would like to contact the author with your comments or suggestions, please email feedback (at) dmbooks (dot) org

Reviews of Bahau, the Elephant & the Ham by David Miller

You have subscribed to alerts for David Miller.

You have been added to David Miller's favorite list.

You can also sign-up to receive email notifications whenever David Miller releases a new book.