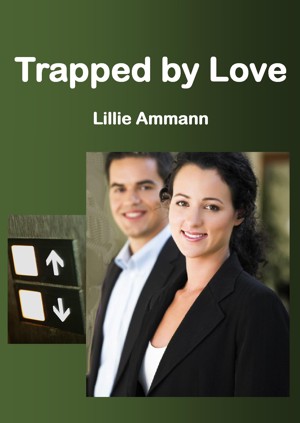 Trapped by Love: A Novelette

Lillie always dreamed of writing someday—suffering a stroke made her realize that someday had arrived. As soon as she could, she sold the interior landscape business she had owned and operated for twenty years and started a new career as a freelance writer. She has published both fiction and nonfiction books.

As a freelancer, she works with authors and publishers to prepare manuscripts for publication; writes and edits business documents; and helps families and individuals compile family histories and memoirs. She especially enjoys helping self-publishing authors navigate the publishing maze and likes to think of herself as a book midwife.

Lillie, who is widowed, lives in San Antonio, Texas. 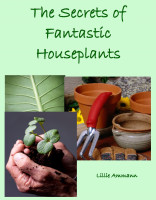 Reviews of Trapped by Love: A Novelette by Lillie Ammann

lovely story .I enjoyed it

This is a pretty enjoyable read overall, but I do have some things I ought to point out. For starters, I think the cover image could've been done a lot better, and it doesn't take a second glance to see that it was put together by the author themselves. No matter how long or short a book is, having a well-made cover image is absolutely critical; people who are much better writers than I am could tell you that. There's really no reason not to have a decent cover image when one can be made for you on Fiverr for five or ten dollars.

Another thing is the ending. The aspect of it that I don't like is the fact that Lori and Derek discuss marriage when they've basically only known each other for only few months prior to this encounter—and only just admitted their attraction for one another. The way they act like they already love each other at the end felt far too sudden within the timeframe of this story.

One other thing that's kind of hit-and-miss for me is the dialogue. It feels somewhat rigid at times when Lori is talking. The background descriptions of her feelings clearly show attraction, but her words at times seem to tell otherwise. As an example, the speech that begins with "I don't panic when you …" strikes me as a very caustic thing for her to say. I can appreciate that it's extremely difficult to make dialogue that's convincing and that conveys the emotions intended, but I definitely think some of Lori's lines could be modified or augmented. For Derek, funny enough, the situation is kind of the opposite: I glean more emotion from the things he says, but his background, in terms of his attraction to Lori, is uncertain. In the beginning, it's told that, when he hired Lori to be his secretary, he made it clear that he had no interest in a personal relationship. When and how did that change? I even made sure to scan through the story a second time to make sure I wasn't forgetting a detail whilst writing this, and I still couldn't find any real explanation.

I know it may sound like I have far too many criticisms here, but the bottom line is simple: This is still a very nice and sweet short story that manages to fit a good deal of substance into a short amount of space. The background development of the characters, in particular, is undeniably well done. The things I point out are just blemishes in an otherwise fine story, and although I can definitely see some things changing, I do like this one a lot.

With no local slang and less locale specific info, this novella immediately appealed to me as an Indian reader.

Though we could guess the ending, the real talent of the author is in her presentation capability - I couldn't stop reading anywhere.

The portrayal of the character Derek with its contrasting facets is simply wonderful.

A good novella from a talented author.

Loved reading the novelette. I could picture the characters as if watching a movie.

It's a wonderful short story.

A very nice short story. I am glad, I read it.

Very cute and fun read! The author does an excellent job is developing the characters in such a short time.

Very entertaining read. Lori's character was developed nicely in such a short space.

I enjoyed this quite a bit. It was a fast, easy read. In fact I finished it while I ate my dinner! I thought Lori was an endearing character. Derek sounded really cute and adorable. The ending was a surprise in that I felt it came too rapidly but this was overall a wonderful read and I will recommend it to my friends.

I loved it, a very entertaining read. A very realistic well written story. I love stories about real life situations and real love. Found it very easy to relate to Lori and Derek because of this. Will definitely be looking to read more books by this author, she has a writing style I like.

You have subscribed to Smashwords Alerts new release notifications for Lillie Ammann.

You have been added to Lillie Ammann's favorite list.

You can also sign-up to receive email notifications whenever Lillie Ammann releases a new book.