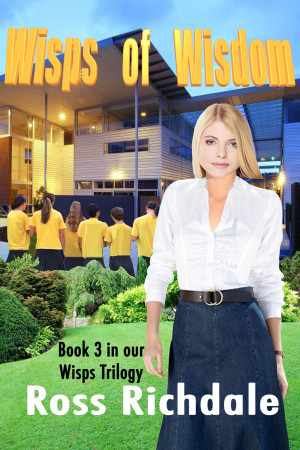 After arriving at her new school Karla finds that Deputy Principal Michael White has been selecting more sporty pupils for his own syndicate. Karla stops this but finds the competition between the four school syndicates is at the expense of co-operation. It is as if there are four mini-schools all going their own way. Her hands on approach in melding the school into one identity is a distinct contrast from the previous principal who appeared to be more interested in being socially accepted in the business community.

Avery Francis, a first year teacher at JWJHS is attacked and stabbed by an intruder late one afternoon but it is not a random attack for she knows her attacker, a prisoner escapee from her family’s past. New security systems brought in, help in getting Avery to hospital quickly. However, there are repercussions that affect Karla later in the year.

Year 10 student Gwen Young, reports to Karla that she is scared for her friend Jasmine who is skipping school to meet a boy she only met on the internet at Auckland International Airport. Karla with police help steps in and stops an abduction by a middle-aged paedophile. With her husband, Ryan and his computer firm she traces the incident to a whole paedophile ring on the internet. Ryan is contracted by the police to help trace students’ pages in a Petal Life social site that is popular with teenagers.

Other girls have been attacked and Savannah an undercover detective with Ryan’s help sets up a webpage and pretends to be a fourteen-year-old junior high girl. A similar meeting with a fake high school boy similar to Jasmine’s encounter is all set up but are the safeguards sufficient to stop a tragedy?

With an expanding roll and the popularity of JWJHS, a conflict with Westview Intermediate School to the south over the boundary between the schools’ zones escalates. Problems with the principal there, Peter Niles surface and is the reason for parents wanting to enrol at Karla’s school. The Ministry of Education steps after the Westview Board of Trustees resigns and a government commissionaire is appointed to run the school. Karla is also asked to help out as an Executive principal, a position she held before arriving at JWJHS.

When the zoning issues are solved, Karla’s school needs extra classrooms to cope in the following year but how can they be built in time? Jon, their Board of Trustees chairperson, suggests they buy a modular block direct from China. Is this feasible?

Throughout her first year Karla moulds her school into one to be proud of but there are always problems with personalities and actions of staff and students. There is also another personal situation for early in the year she becomes pregnant with her family’s second child. Can Karla cope with the huge responsibility of running a large school and that of becoming a mother again?

Readable, a mixture of school life and action outside school.