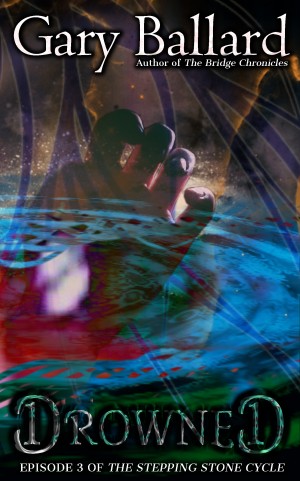 About the Series: The Stepping Stone Cycle

The Stepping Stone Cycle is an episodic series of cosmic horror novellas set in H.P. Lovecraft's Cthulhu mythos by Gary A. Ballard, the acclaimed indie author of the cyberpunk series The Bridge Chronicles. It is being released as a series of novellas, each around 30,000 words, released exclusively as eBooks. Four of the six books planned have been released.