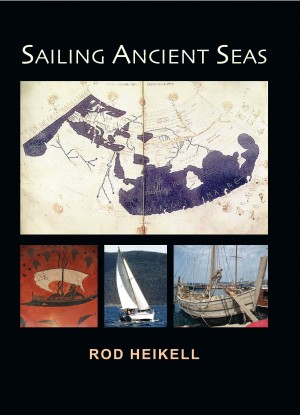 Rod Heikell was born in New Zealand in 1949 and sailed hesitantly around bits of it’s coast in a variety of yachts. He tried racing in the Hauraki Gulf but was really not much good at it. In England he abandoned academic life and for no good reason other than curiosity, he bought Roulette, a 1950’s plywood JOG yacht nearly 20ft long, and sailed it down to the Mediterranean. He worked on charter here and delivered yachts until, in ignorance of the scale of the task, he set off to write a yachtsman’s guide to Greece. This was followed by guides for other countries in the Mediterranean. He has sailed back and forth between England and the Mediterranean including a trip down the Danube and on to Turkey in Rosinante, an 18ft Mirror Offshore. In 1996 he took his fourth yacht, his beloved Tetra, to SE Asia and back for the research for Indian Ocean Cruising Guide. Apart from sailing the ‘wrong’ way and back again the ‘right’ way across the Indian Ocean in Tetranora, his beloved 31ft Cheverton New Campaigner, he has done two transatlantics in seven tenths and two transatlantics on Skylax, his present yacht. He has also cruised extensively in other parts of the world on other yachts. Skylax is now back in the Mediterranean after her circumnavigation being readied for new adventures. He always returns to the Mediterranean, his favourite cruising grounds, where with his wife Lu he updates his guides on the area.

You have subscribed to alerts for Rod Heikell.

You have been added to Rod Heikell's favorite list.

You can also sign-up to receive email notifications whenever Rod Heikell releases a new book.