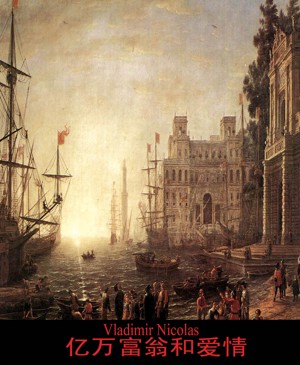 Mister Wong and the Goddess of Love 亿万富翁和爱情

By Vladimir Nicolas
In this fairy tale,Mister Wong, the richest man on Earth, has a big problem for finding true love. Despite his fortune, he is unlucky to find true love because girls dated him rather to get his money than for his education and personality. So he will decide with despair to capture the Goddess of Love in order to be lucky in love without thinking his actions will be disastrous for the whole world.
Available ebook formats: epub pdf rtf lrf html
First 20% Sample: lrf Online Reader
Price: $0.99 USD
Buy Add to Library Give as a Gift
How gifting works
Create Widget
Tags: love goddess china messiah capitalism
About Vladimir Nicolas

Born on september 2, 1979 in Cap Haitien at Haiti. Living in Montreal (Canada) since the years 90s, he published in 2007 his first book of poetry titled AZRAEL,dedicated to his deceased mother, Ruth Louis. In 2008, the French publisher Le Manuscrit contracted him for publishing a cyberpunk poetry book titled AUTOMATO ET HUMANUS with Cyberpunk themes such as global dictactorship, all-mighty corporations, conscious robots, human clones, spreading worldwide poverty, and a global revolution. In 2011, his poetry book RENAISSANCE and 10th publications will be released in United States by American Book Publishing.

You have subscribed to alerts for Vladimir Nicolas.

You have been added to Vladimir Nicolas's favorite list.

You can also sign-up to receive email notifications whenever Vladimir Nicolas releases a new book.