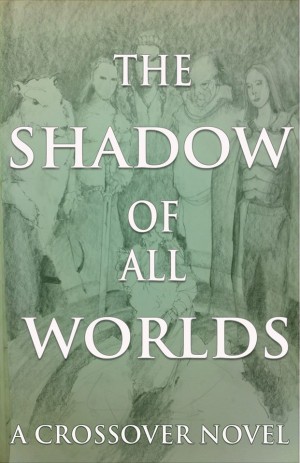 The Shadow of All Worlds

By Shane Porteous
Ebulon has survived the largest attack on the city in its history, but the kingdom is far from thriving. With resources and loyalty running thin and the threat of further enemy attacks, a much greater danger is preparing to take its pound of flesh. What once saved the city now may very well destroy it. Four authors bring characters from their separate works together in this crossover epic tale! More
Several months after the battle of Ebulon, the city has yet to fully recover from the largest attack on the kingdom in history. Much of the city lies in ruin, the treasury is in turmoil, food supplies are scarce and the loyalty of the people is all but lost. Compounding this further is the threat of more orc attacks and raids by refugees. But all of these problems pale in comparison to the real threat, the real enemy that has been waiting for revenge against Ebulon for a hundred thousand years. They are organized, they are focused and they are not alone. Four authors bring characters from their separate works together in this crossover fantasy epic.
Download: epub mobi (Kindle) pdf more Online Reader
rtf lrf pdb txt
Price: Free! USD
Add to Library
Create Widget
Tags: adventure action magic battle epic werewolves war superheroes orcs crossover
About Shane Porteous

Shane Porteous is a master of the legendary seventy seven donut devouring technique. He lives in a place of strange dreams and even stranger reality. A life long writer, he has immense passion for the fantastical, especially when it is different, alternative and if possible original. The one guarantee he gives with his works is not whether you will like them or hate them, but you will remember them. 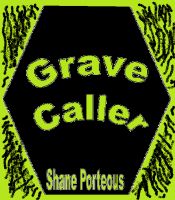 You have subscribed to alerts for Shane Porteous.

You have been added to Shane Porteous's favorite list.

You can also sign-up to receive email notifications whenever Shane Porteous releases a new book.