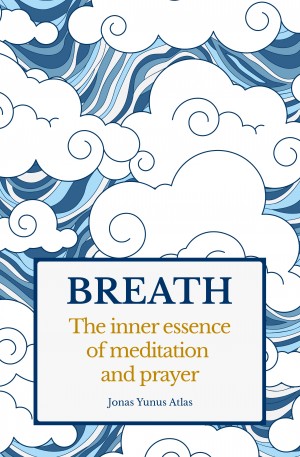 Breath: The Inner Essence of Meditation and Prayer

In a concise and poetic language, Jonas Yunus Atlas clarifies the core aspects of meditation and prayer. He does not discuss their outer forms or technical sides, but reveals their mental forms and deeper spirit. And, while doing so, also rephrases our relationship with the divine.

Many meditation books focus on bodily exercises and physical postures that are needed to open distinct energy channels. The verses in this book, however, describe the different 'spiritual postures' that open the 'channels of the soul' between ourselves and God.
Available ebook formats: epub
Price: $3.99 USD
Buy Add to Library Give as a Gift
How gifting works
Create Widget
Tags: spirituality god peace prayer contemplation how to pray inner essence seeking peace
About Jonas Yunus Atlas

--About the author--
Jonas Yunus Atlas is a scholar, mystic and activist from Belgium. For many years he writes and lectures on religion, spirituality and God-focussed life. Jonas was born in a Christian tradition, immersed himself into Eastern religions during his youth, studied philosophy, anthropology and theology at different universities and eventually became active in various types of peace work. His texts, essays and books can be found at www.jonasyunus.net.

Combining his academic background with his experience in activism and blogging, Jonas also initiated the Halal Monk project. During this 'journey of a Christian through Islam', he had openhearted dialogues with influential spiritual figures and important artists from the Islamic world. These fascinating talks on the intersection of culture, society and religion as well as a series of his personal reflections on verses from the Qur'an, can all be found on www.halalmonk.com.

--About the publisher--
Yunus Publishing produces inspiring web and print projects. It mainly publishes the texts and books of Jonas Yunus Atlas (both in English and Dutch) but also maintains his Halal Monk website and projects like thoughtsofgandhi.org, a web tool that allows people to receive weekly Gandhi quotes through a newsletter or various social media.

If you would like to be informed of new publications and web projects of Yunus Publishing, please subscribe to the newsletter on www.yunuspublishing.org.

Reviews of Breath: The Inner Essence of Meditation and Prayer by Jonas Yunus Atlas

You have subscribed to Smashwords Alerts new release notifications for Jonas Yunus Atlas.

You have been added to Jonas Yunus Atlas's favorite list.

You can also sign-up to receive email notifications whenever Jonas Yunus Atlas releases a new book.