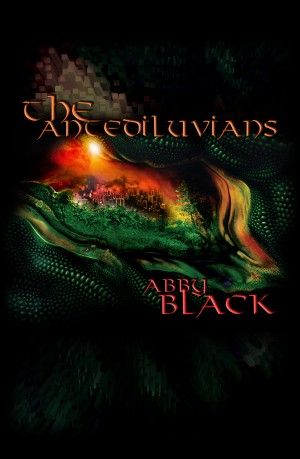 By Abby Black
An ultimate weapon meant to end wars was stolen from a high-security research center, leaving scientists and forensics baffled. Less than 24 hours later in a prehistoric valley, tyranny rises from the ashes. . . Will persecution and genocide lead to mass craving of revenge and extinction, or will enough Squama bridge the gap with honor and charity so Freedom can soar? More
There was a whirring and banging. A single missile streaked out and collided, creating a massive fireball of blue and white flames that belied the missile's inauspicious size. A scarlet laser swept across the land, instantly igniting the already charred trees nearby and setting aflame what was left of the foliage.
It was a scene of absolute desolation, and in the midst of it was the perpetrator; a massive, hulking Acrocanthosaurus, 50 feet tall at the shoulder and 70 feet long from nose to tail. He was built like a small mountain, and had the temper of a vicious snake. He roared in victory at the scene around him, his bellow starting at a low rumble and quickly growing to the volume of nearby thunder, as he gazed at the fires. He was now King of the Squamas. His court would be his Tyrants. No other beings would dare approach him, for on his back was a mastery of amazing foreign weapons, the Annihilator, a box filled to capacity with a rationed supply of missiles and a destructive laser. With the Annihilator, he would rule.
But what was this? Out from a dense sheet of black and red flames leapt a small, young Squama whose hide was a dull yellow ocher in color and oddly lacking in injury, with a defiant expression on its face. He nearly laughed; this little nuisance, a mere mosquito compared to his size, dared to come against him? Why, this skirmish would be nothing more than stepping on the thing. He went to get his feet dirty when he spotted a miniature version of the Annihilator on the defiant bug's shoulders. His laughter died away and was replaced by a growl. He fired the laser that should slice the tiny irritation cleanly in two, but the young Squama nimbly and quickly leapt aside, and the laser bored a hole in the ground instead. He growled again; this little tyke was frustratingly agile. So what? A missile should take care of it. He fired, but again, the foe avoided his attack.
He roared in a mixture of frustration and ire. “Stand still!” he snarled, his deep voice sending terrifying bass vibrations through the air.
“And be crushed or cooked?” the Squama quipped, the pitch of her voice betraying her youthfulness. “Think again!”
The Acrocanthosaurus was slightly perturbed. Of all the insect Squamas to challenge him, a mere child was the one to do it! “Die, mite!” He fired three missiles in sequence, effectively trapping the foe in a circle of flames. She stood there, stuck, and rose her head to find that she was staring down his glowing and hot missile launcher.
Available ebook formats: epub
Price: $7.99 USD
Buy Add to Library Give as a Gift
How gifting works
Create Widget
Tags: time travel apocalyptic overcoming fear dinosaur adventure time portal friendship and loyalty science fiction adventure novel courage and survival freedom from tyranny weapons of warfare
About Abby Black

North Carolina native Abby Black began writing novels at the age of 8, stirred by her initiative to fill a gap to become a solution for other bookworms like herself who were looking for a greater variety of wholesome and exciting stories. The more Abby wrote, the deeper her uncompromising focus became to write narratives that captured and challenged the current state of the culture and ideologies around her, chronicling characters who rose above their circumstances while exemplifying wisdom, honor, and compassion.

As a young teen, a selection of Abby’s prose and short stories were chosen to be published in an anthology at North Carolina State University. At the age of 16, she published the first installment of ”The Antediluvians" to a worldwide audience. Each 500+ paged, illustrated dinosaur-themed novel in the trilogy is a thought provoking, wholesome, science-fiction-meets-action story, purposed to challenge her generation to break the surface of mediocrity to be a stalwart and positive influence. The much awaited 2nd novel in the series, “The Antediluvians II - Multiple Targets“ was released in the summer of 2019. The third and final novel in “The Antediluvians” trilogy is scheduled to be released in the fall of 2020. "The Antediluvians" can be found in the local library system, and available in paperback, eBook, and iBook wherever books are sold.

Abby’s upcoming fourth novel injects characters from “The Antediluvians” storyline, and introduces her new historical science fiction series, which follows a young heroine as she works through the complexities of finding an ethical and moral compass whilst traveling throughout the Civil War South. This fourth book is slated to be pitched to the Big Screen. A musical soundtrack for it, using her song lyrics, is currently being scored in the recording studio.

Abby also writes a popular cartoon series, "We Got Chickens, " and she creates animated technology training videos for the business arena. One area where she is purposed to help others is through her line of t-shirts and functional art that speak for "LIFE," "AMERICA," "RESPONDERS," and "THE 7 CULTURAL MOUNTAINS OF INFLUENCE." For more information, please see her T-SHIRTS link.

Reviews of The Antediluvians by Abby Black

You have subscribed to alerts for Abby Black.

You have been added to Abby Black's favorite list.

You can also sign-up to receive email notifications whenever Abby Black releases a new book.