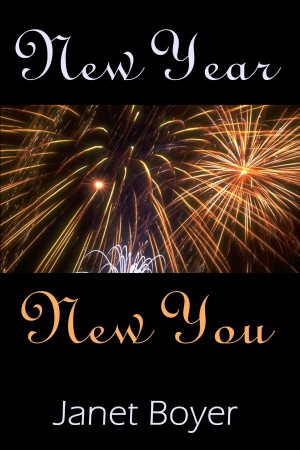 More important than any “success” she’s achieved, however, is the confidence, enthusiasm, optimism, passion, balance and peace of mind she has gained by applying what’s in this eBook.

And now, so can you.

Chapter 1: Know Thyself (Who Are You?)

Archetypes (What Story Are You Living?)
Myers-Briggs Type Indicator (MBTI) and Keirsey (16 Types)
The Enneagram (9 Types)
ANSIR (3 Sides of You: 14 Styles and 1 “Boss”)

Chapter 2: Clarifying What You Want (Values and Self-Defined Success)

What Do YOU Value? (Your Values vs. Their Values)
Making Decisions Based on YOUR Values
Writing Exercise
Collage Exercise
Mission Statement, Theme for the Year and Your “Three Words”

Spending Time Inventory (Where Does Your Time Go?)
10 Tips for Time Management

The Four Kinds of Stress (The Good, Bad and Ugly)
Vitamins and Herbs
Exercise and Movement (Time to Get a Move On)
Myofascial Release and Other Modalities (More than Relaxing Muscles)
Laughter (The Best Medicine?)
Caffeine (Watch Out for the Caffiend!)
Sleep (You’re Not Getting Enough)
Preparing Your Bedroom for a Good Night’s Sleep (Yes, You Can!)

The 9 Celestial Cures (For Every Dwelling)
A 10th Cure? (Could Be!)

Chapter 8: A Check-Up from the Neck Up

Chapter 10: On the Home Front (Getting Your “House” In Order)

Take an Inventory (Spring Clean Your Life)
The “Rooms” of Life
The Game Room (The Importance of Play
The Living Room (Relationships and Family)
The Kitchen (Healthful Eating)
The Library (Mental Stimulation)
The Bedroom (Sexuality and Intimacy)
The Yard (Easy Makeovers and Pampering)
The Five Love Languages (Lost in Translation?)
The Five Love Languages of Children
How to Fight Fair
Parenting – 10 Ways to Be a Better Parent

Janet Boyer (a former ordained Pentecostal minister) is the author of Back in Time Tarot (Hampton Roads 2008), Tarot in Reverse (Schiffer Books 2012) and over a dozen eBooks. She is currently working on her third and fourth traditionally published books: Naked Tarot: Sassy, Stripped Down Advice from the Cards (Dodona Books 2015) and 365 Tarot: Daily Meditations (Dodona Books 2015).

With her artist husband, Ron, she's the co-creator of the Snowland Deck and the Coffee Tarot. Their 16-year-old son, Noah, helped her co-create the Boyer Charming Oracle—a charm-based divination system. Speaking of Noah, Janet has homeschooled him his entire life.

An Amazon.com Hall of Fame Reviewer (there's only 135 of them) with over 1,200 reviews penned, Janet is also a popular radio guest (including the national program Coast to Coast AM), blogger, editor and certified Tarot Master with the Tarot Guild. For over a dozen years, she's performed intuitive readings via email for a worldwide clientele.

Astrologically, Janet is a Scorpio Sun, Aries Rising and Aquarius Moon. Personality wise, she’s a 7w8 in the Enneagram and an ENFP in the Myers-Briggs system. In the ANSIR system, she’s a Philosopher Boss.

To learn more about Janet—including discovering where she blogs (three places!), exploring her divination tools, reading hundreds of reviews (most divination related), signing up for her newsletter, listening to her radio appearances and finding all her social media presences—please visit her at her main hub JanetBoyer.com.

Reviews of New Year, New You by Janet Boyer

You have subscribed to alerts for Janet Boyer.

You have been added to Janet Boyer's favorite list.

You can also sign-up to receive email notifications whenever Janet Boyer releases a new book.