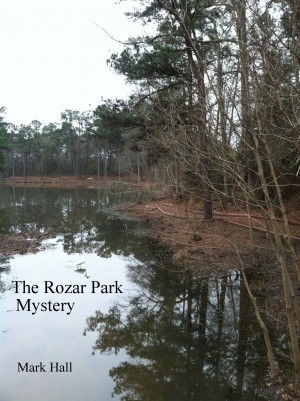 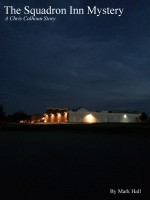 A series of mysteries set in the central Georgia area. Chis is asked to assist Mark Hall, the author and US Marshal, with a number of interesting stories 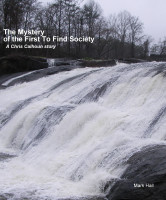 Reviews of The Rozar Park Mystery by Mark Hall

Good short read. Read #2 as well, look forward to rest of the series. Just enough back story to be interesting but not overwhelming.

This is a good story and worth the time to read. However, there are areas of awkwardness in the flow of the story which slows down the experience. I plan on following this author.

As stated in the description, this is a short story (9,830 words) that makes it suitable for all readers no matter where they happen to be: commuting; waiting for appointment; between appointments; relaxing; etc. Also, as implied in the title, it would appeal to any reader who enjoys a mystery.

A US Marshal is called in when a body is found in Rozar Park, hence the title. With him is his friend Chris who, the reader is ultimately informed, is in the witness protection program. Very little is known about Chris but he quickly proves his value; initially by noticing anomalies regarding the body’s position and subsequently in the ongoing investigation. Besides the body’s position, there are other unusual elements, including some odd newspaper adverts, which intrigue and eventually lead to the truth. The story certainly does not end up where expected.

This is an enjoyable book though some readers may not always like the style. It is often clumsy, particularly in places where the author is attempting to establish the physical scene and scenery. Nevertheless, and in total fairness to the author, those passages do not detract from the tale: it remains enjoyable.

With such a short story, it would be unfair, to author and potential reader alike, to outline any further details.

Readers of my reviews will know I consider most books realistically fall within the three stars rating. That does not mean they are not good.

This is a very good story with an unusual setting and several strong characters. It's told in the first person by a US Marshall in central Georgia. The Marshall has a friend whose background is a bit unclear -- he is obviously very familiar with investigations and probably has a background in law enforcement, but the nature of his background isn't fully explained.

There is a minor problem with punctuation involving the use of quotation marks, but I didn't take a star off.

I plan to read more in this series.

Really like this author. His writing style makes you want to keep reading. Like a friend telling you an interesting, true story over coffee. His characters are very likeable and it's easy to get invested in their story. A very good mystery. I look forward to the next book (Squadron Inn Mystery).

I am not a big mystery solver, so there may or may not be errors in the logic execution of the solutions here, but it "felt" right. There just enough words to tell the story, not to many and not to few, just right.

Adding the next in the series to my reader to read soon.

In this tale we meet a modern-day Sherlock Holmes with a mysterious past history. He notices things others oversee, and helps the poiice solve the crime. I look forward to further adventures.

Very creative. I enjoyed the story.

You have subscribed to alerts for Mark Hall.

You have been added to Mark Hall's favorite list.

You can also sign-up to receive email notifications whenever Mark Hall releases a new book.