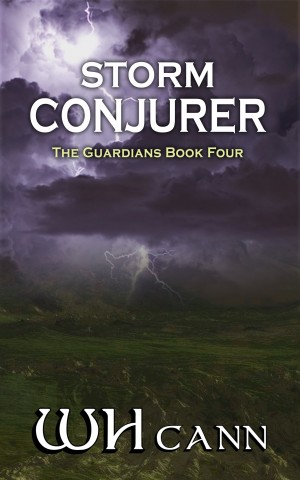 Grogaan’s enhanced abilities in the art of magic, his inner calm and impeccable self-control, are put the ultimate test when one friend is abducted and another killed when confronted by the sorcerers from the Order of Elora and the Hebradon Empire who have united in the fight against the Guardians of the Republic. Facing opposition from several Guardians, Grogaan ventures deep into Imperial controlled space in the search for knowledge of the Guardians, their magic, and why they failed to retain their postion of trust and power in the galaxy.

I am an indie author of science fiction and fantasy novels, my current focus being on my Science Fiction series the Guardians, and have been writing for 13 years. I live in Pembrokeshire, Wales which has been my home for the last 16 years. I am married with two children, both have left home, my daughter married with a family of her own living in Pembrokeshire, my son living and working in Cardiff. I also have two beautiful grandchildren.

Also in Series: The Guardians